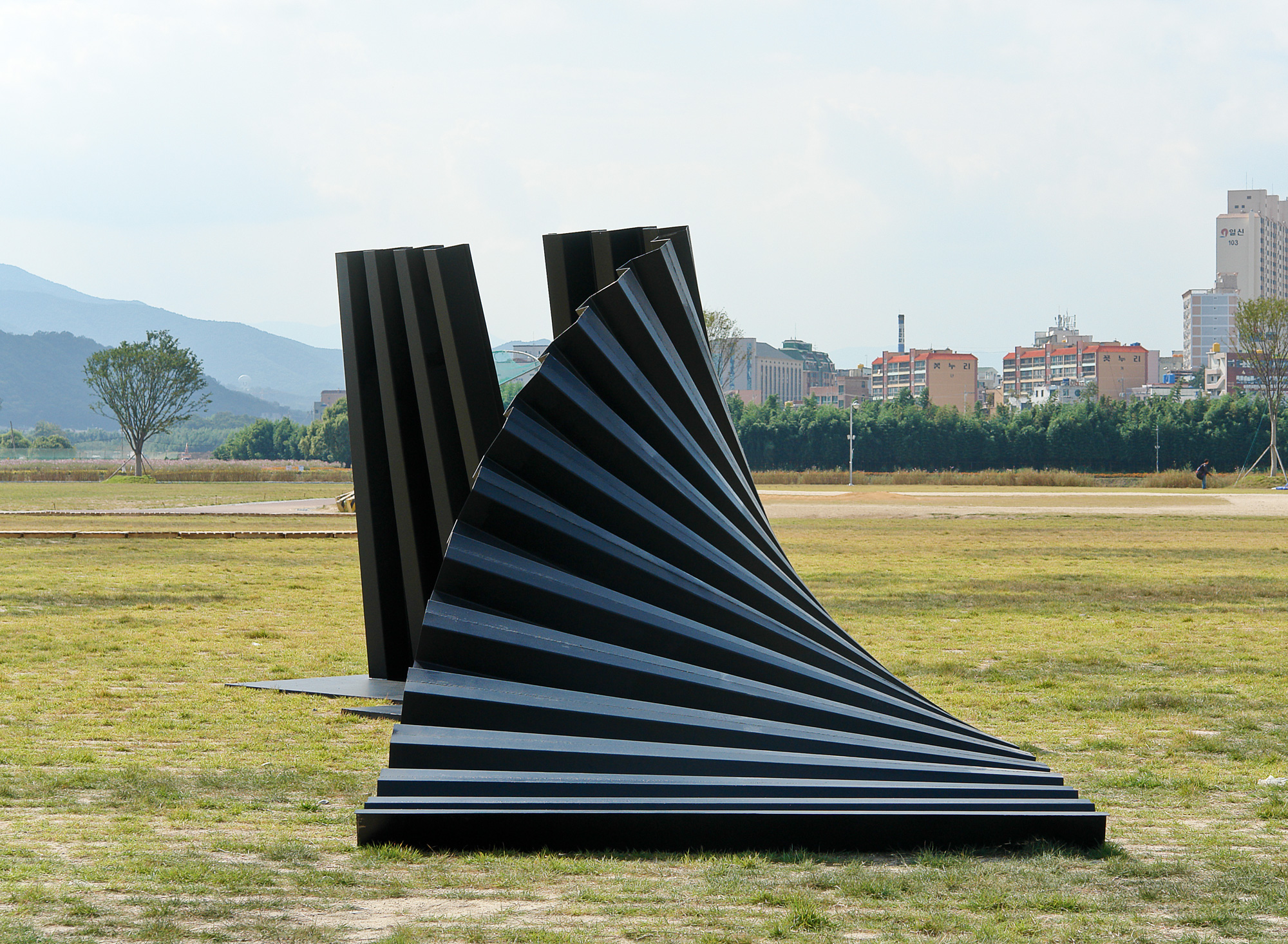 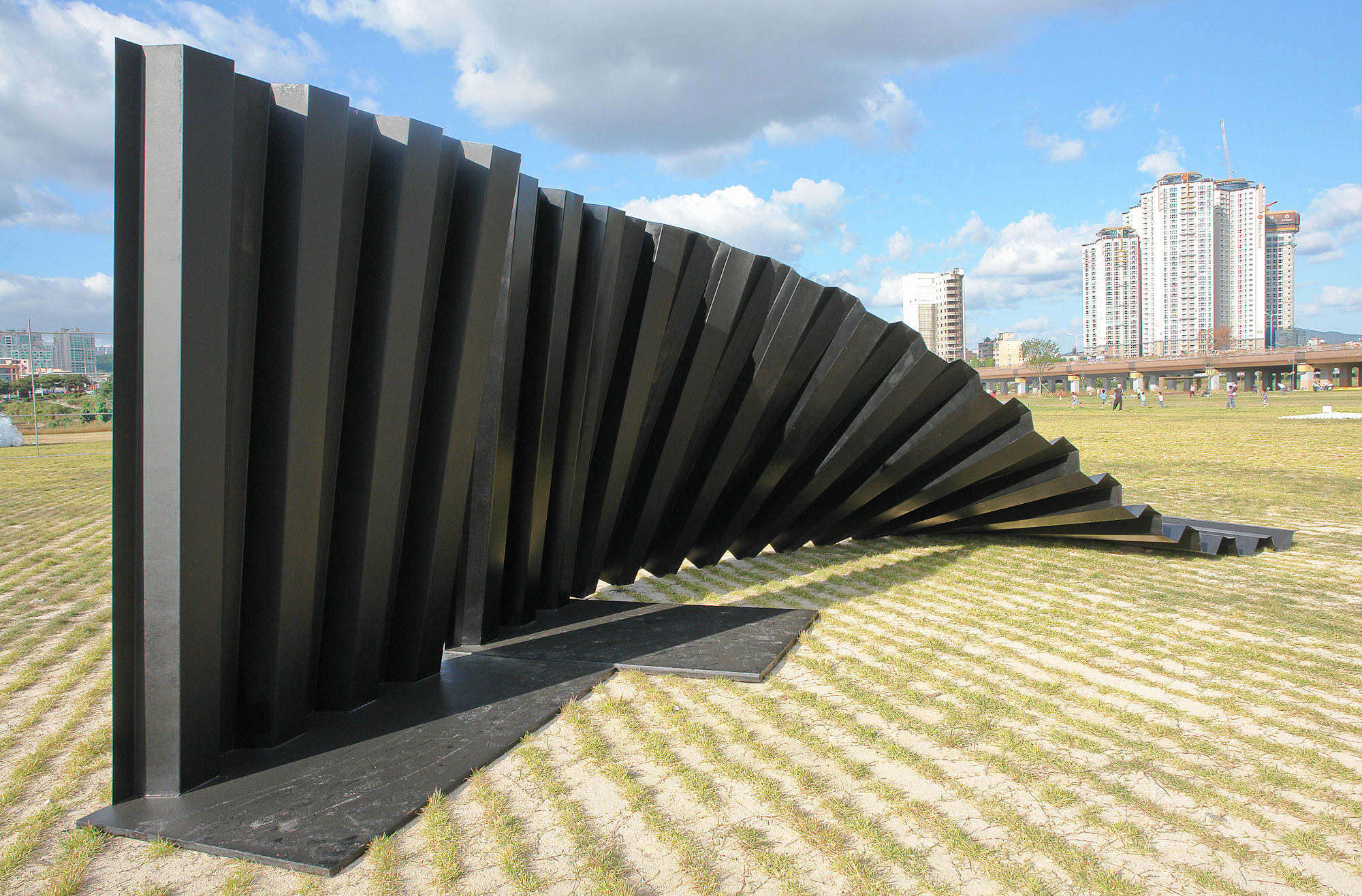 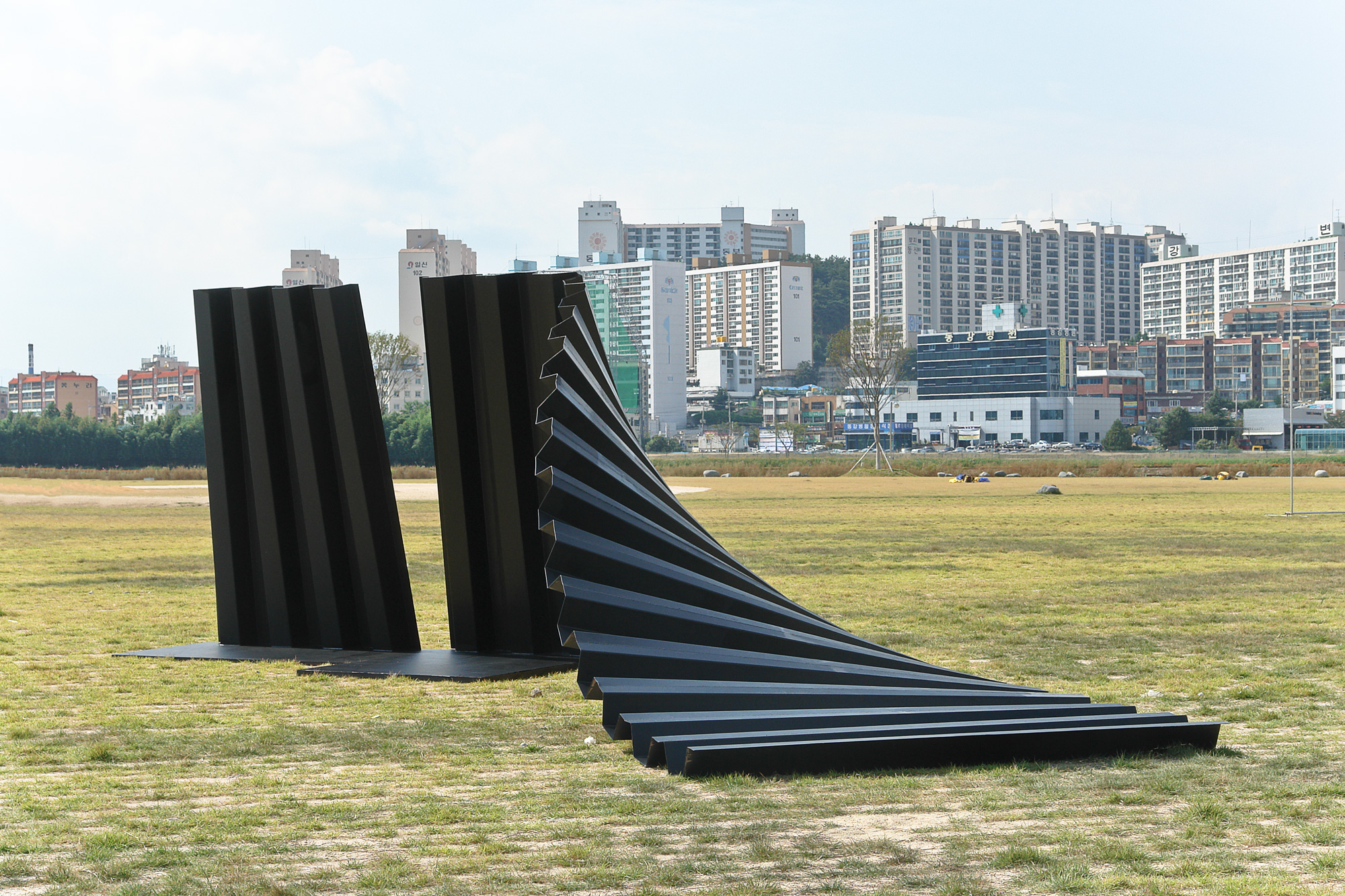 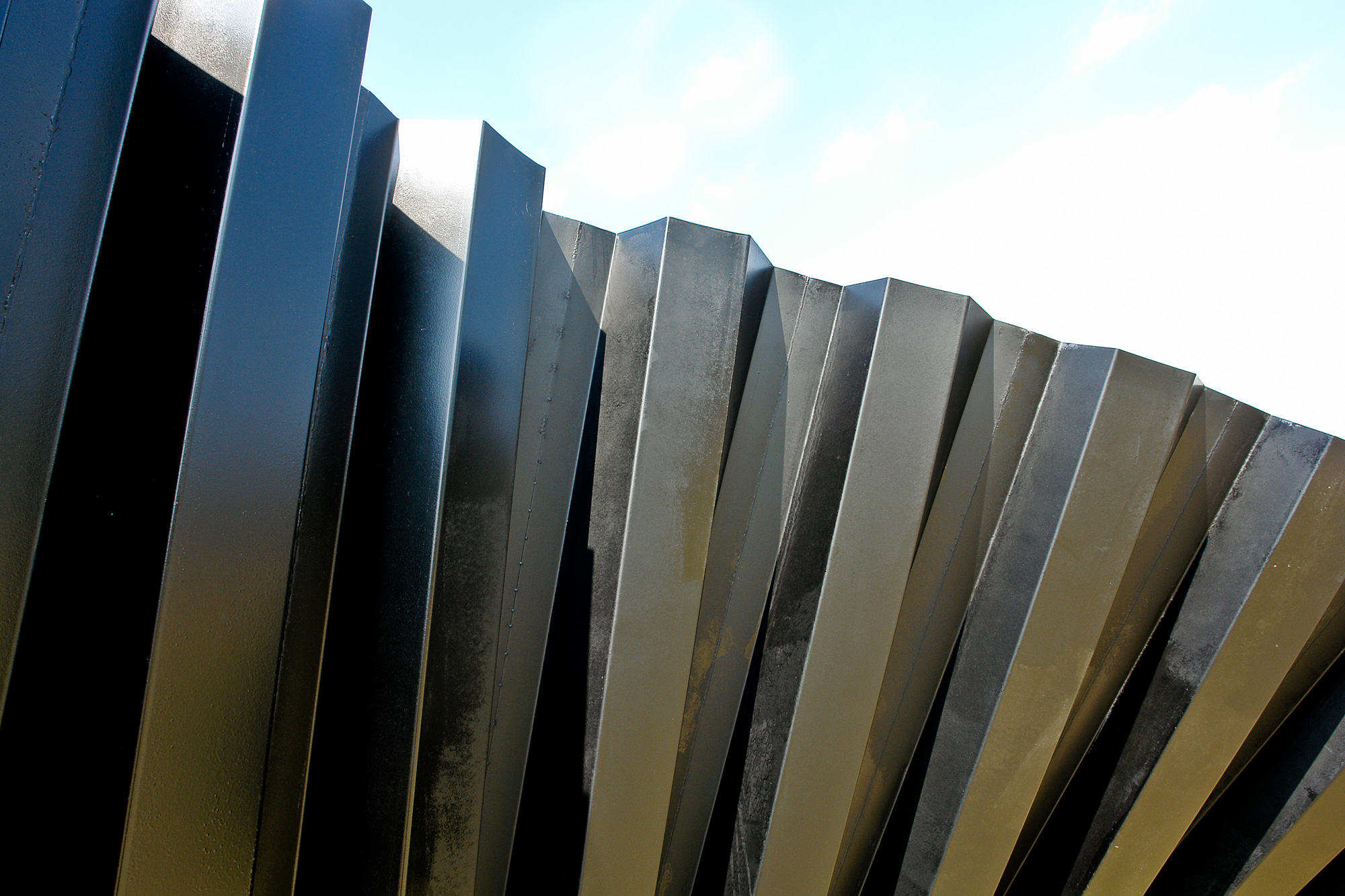 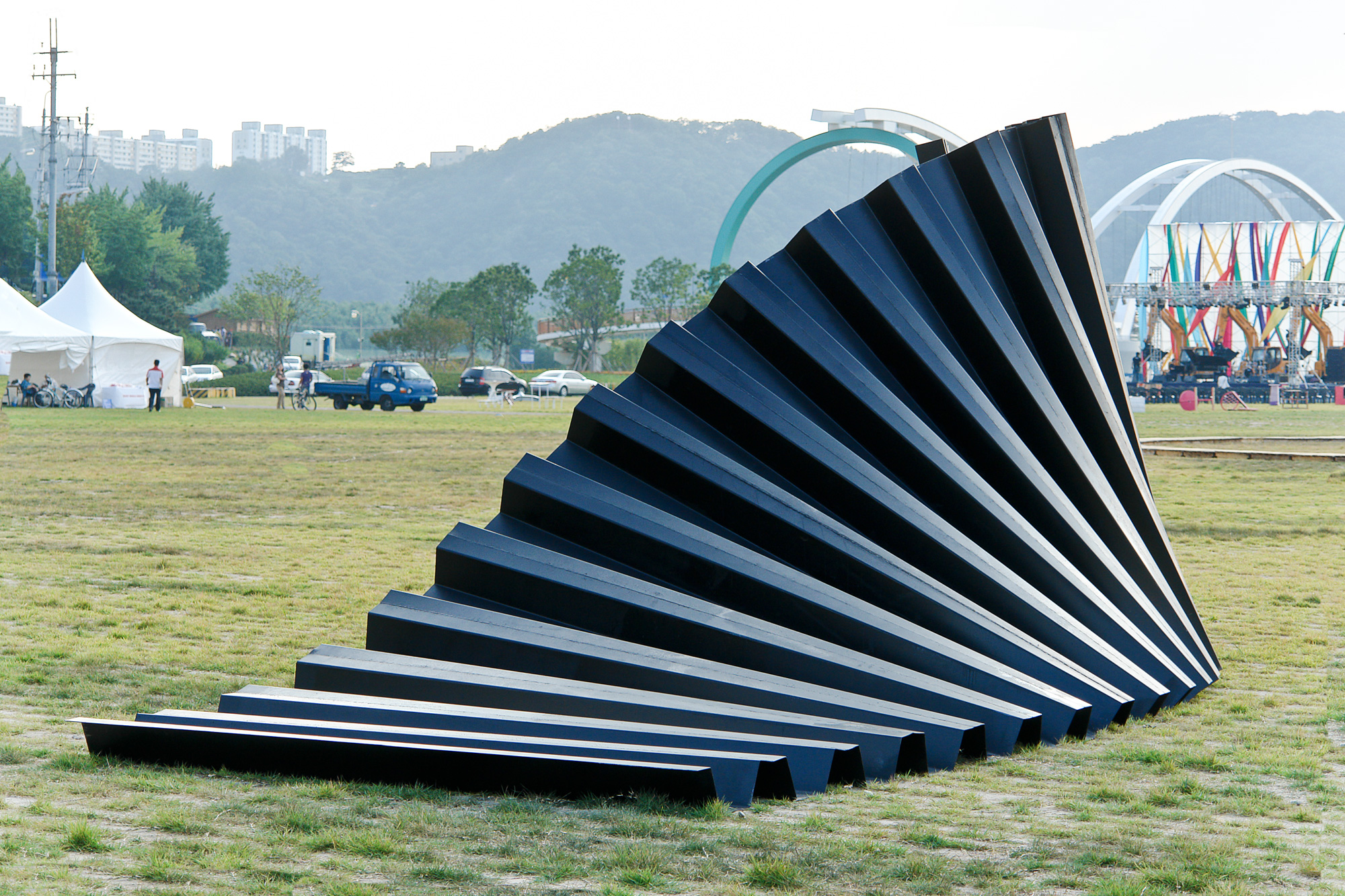 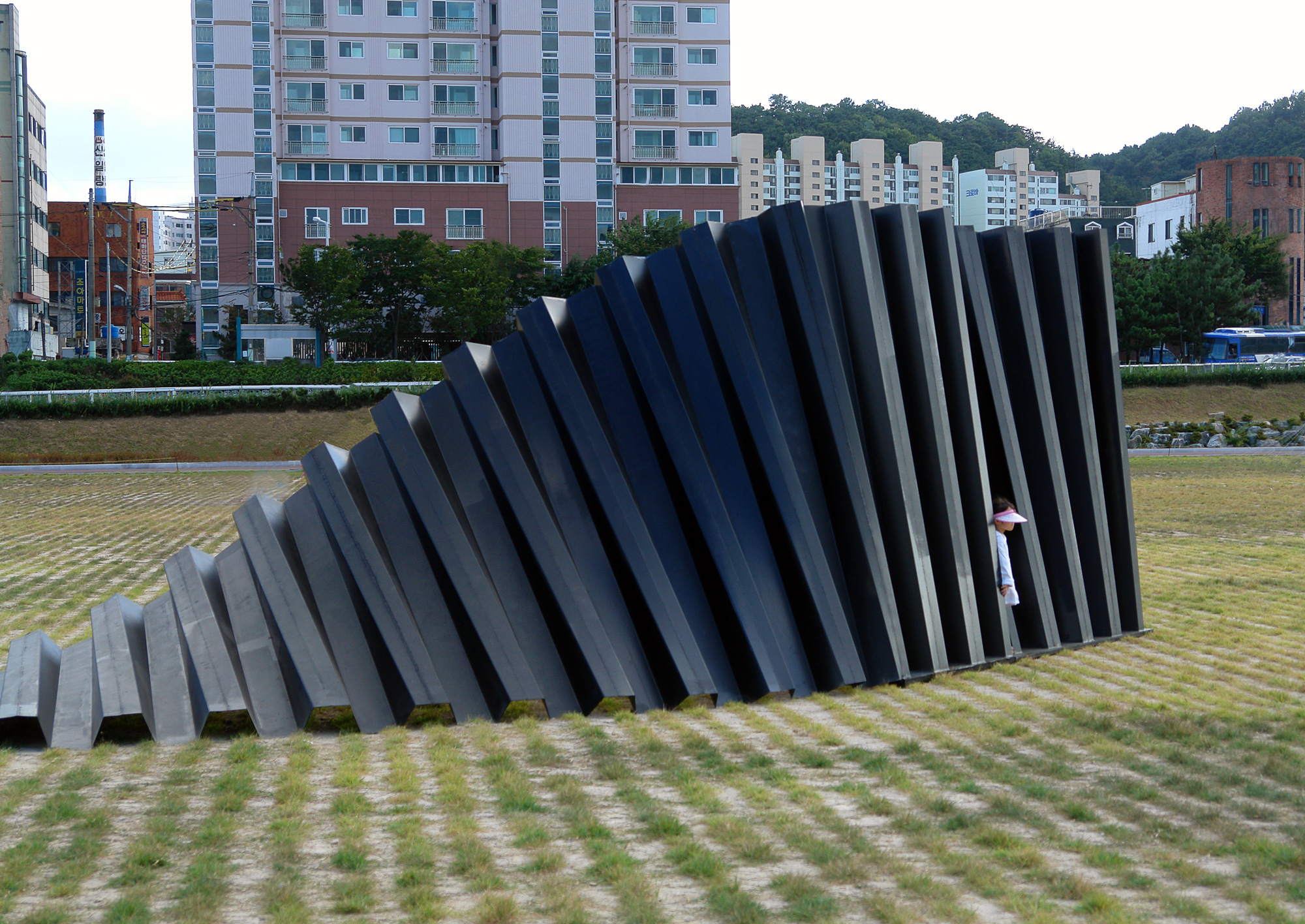 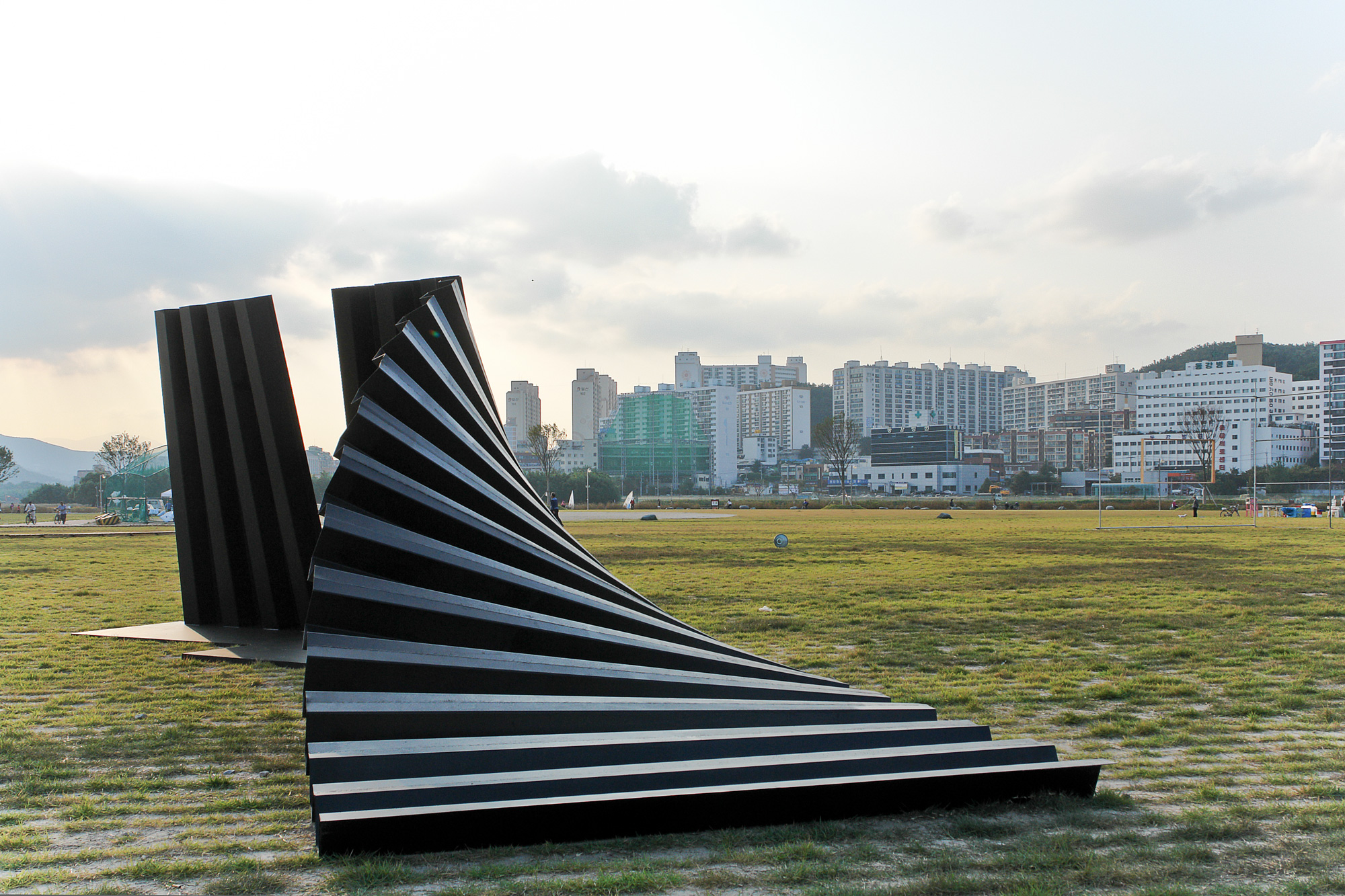 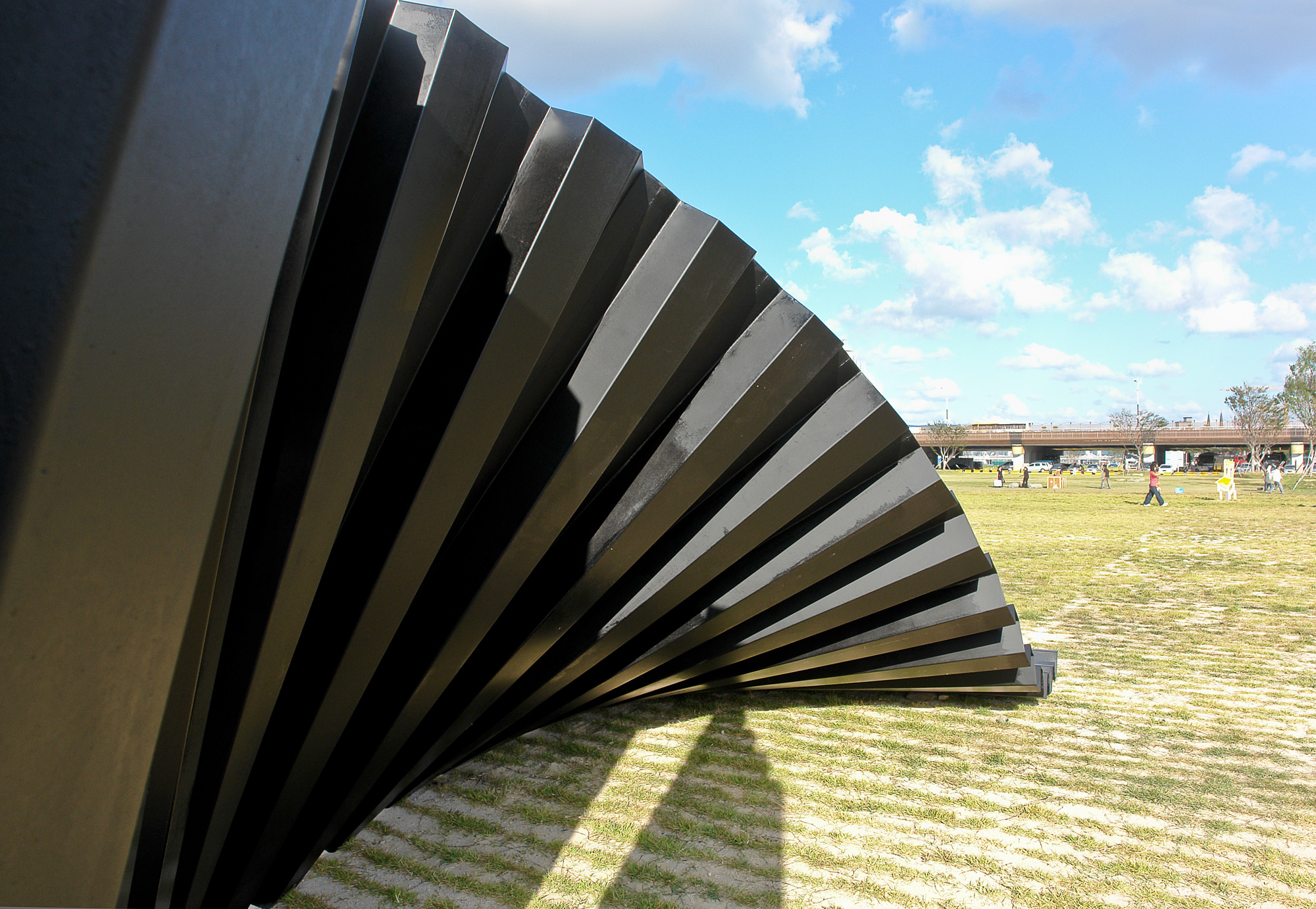 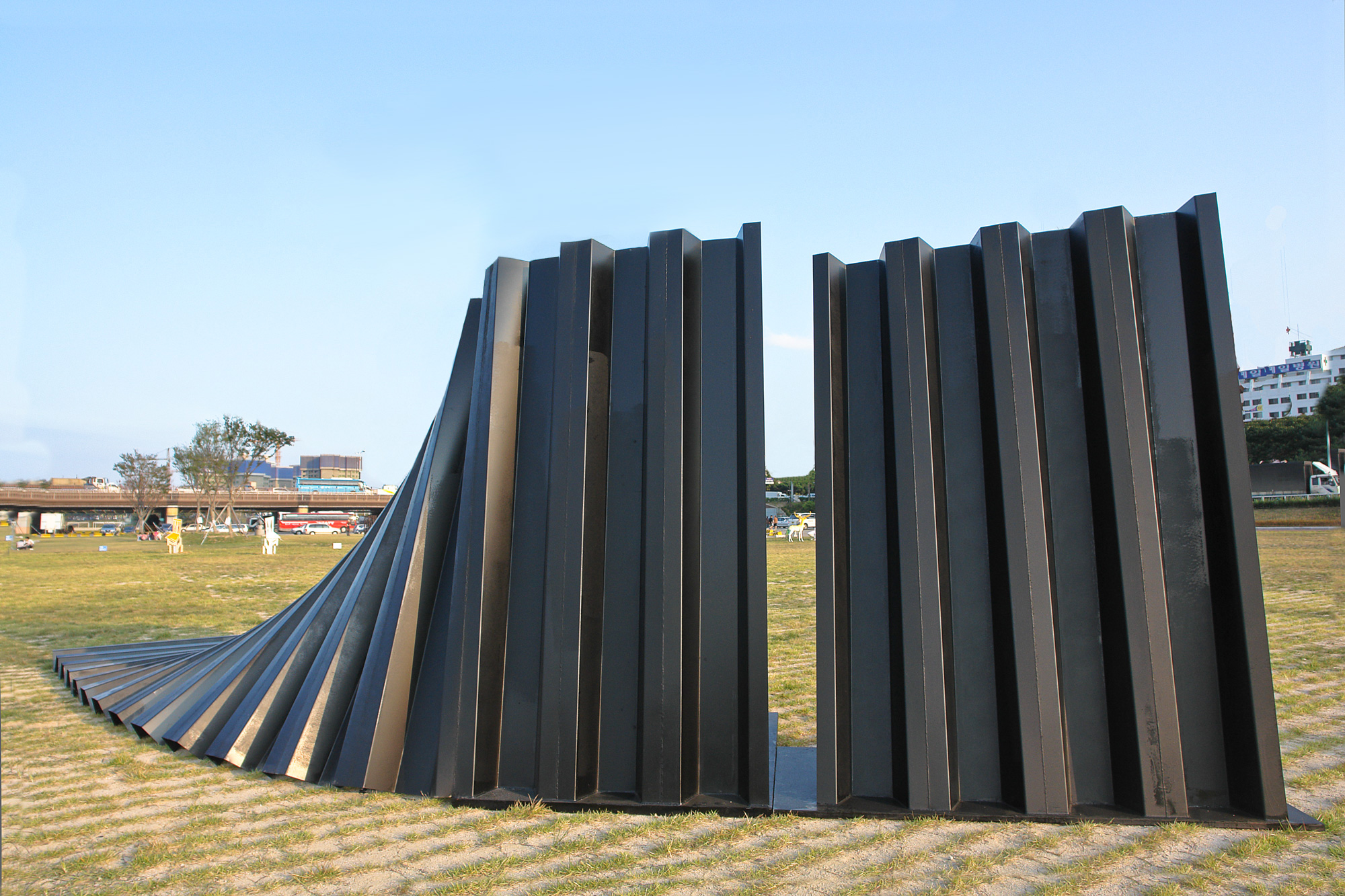 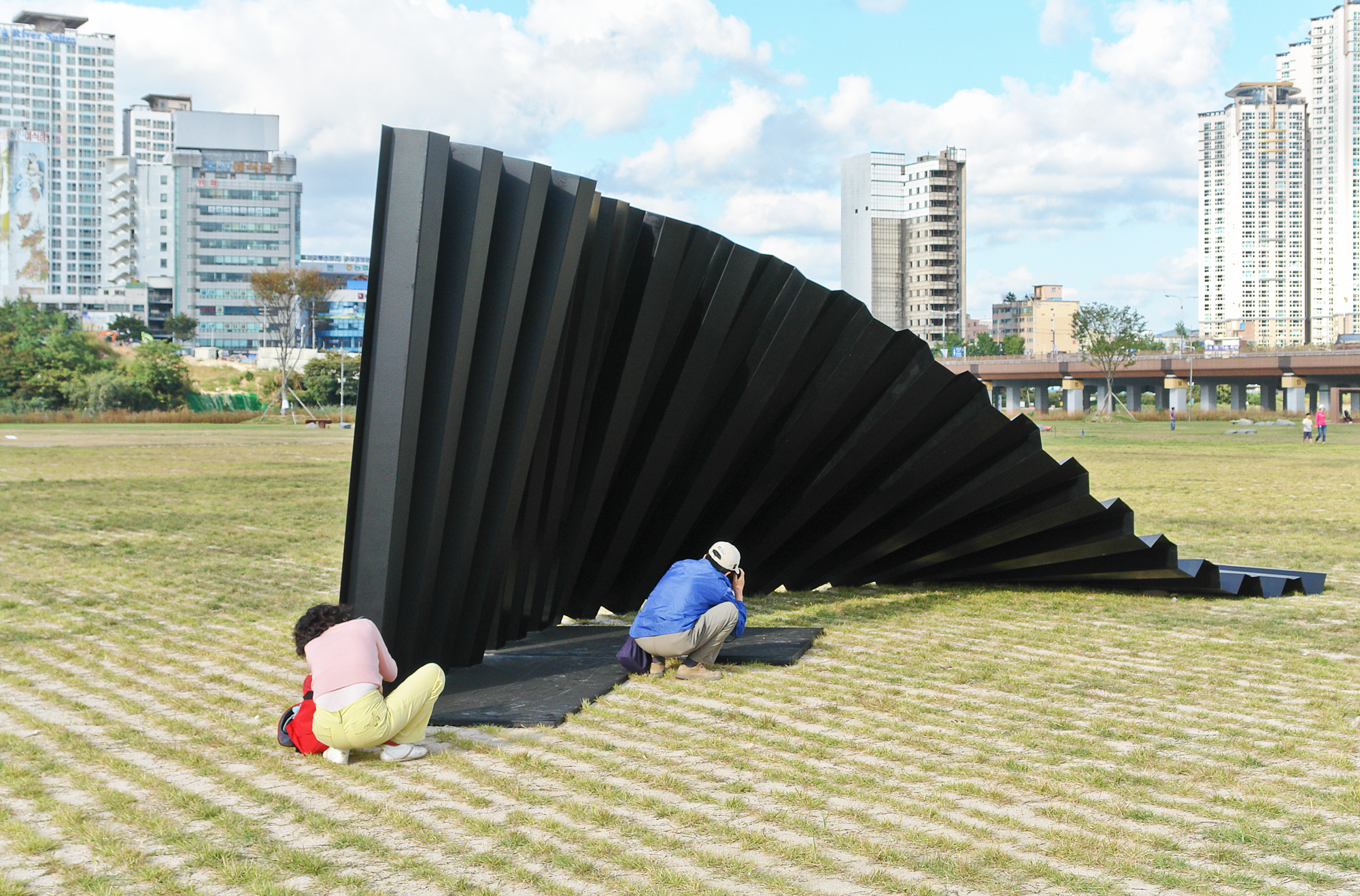 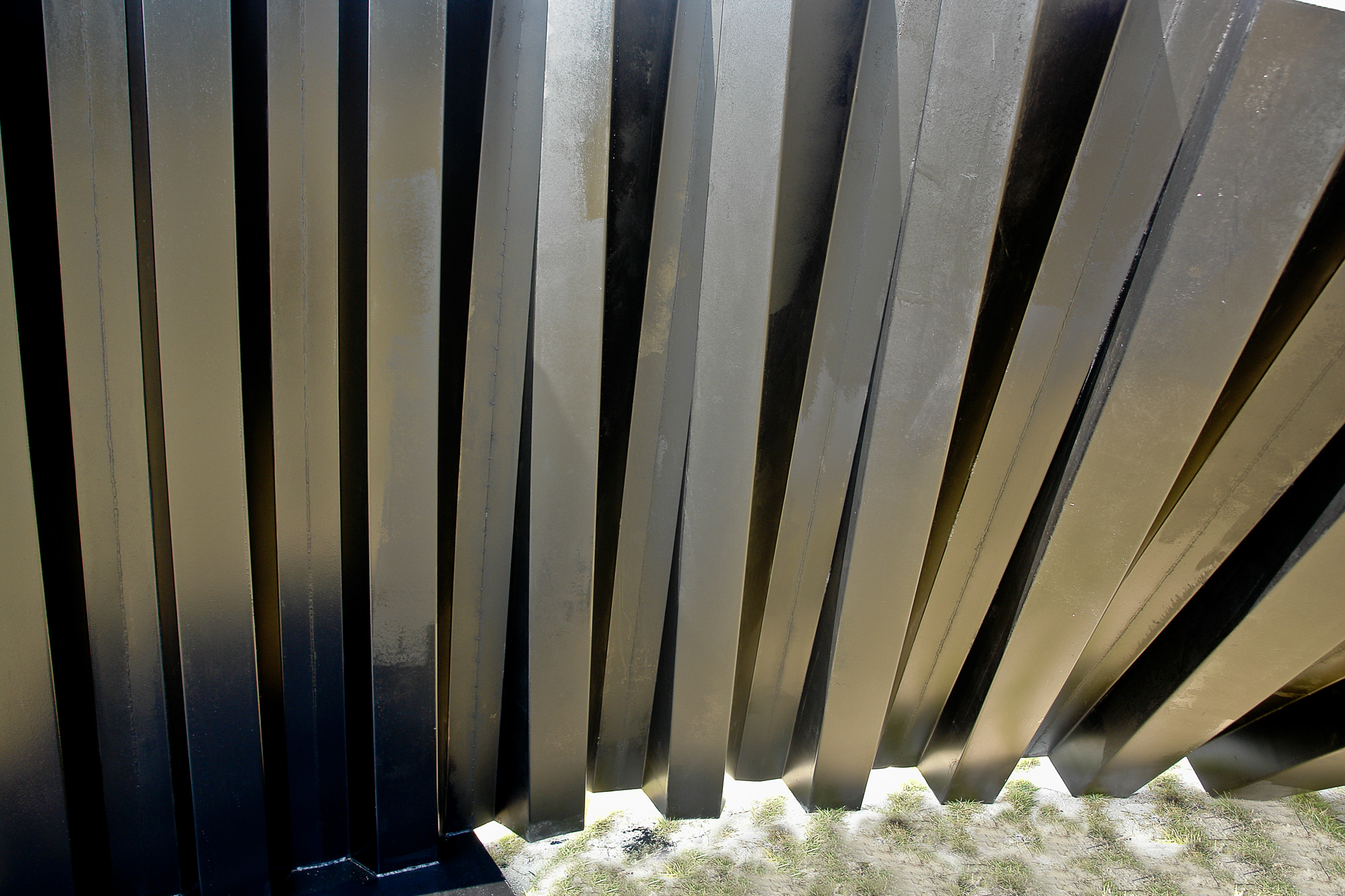 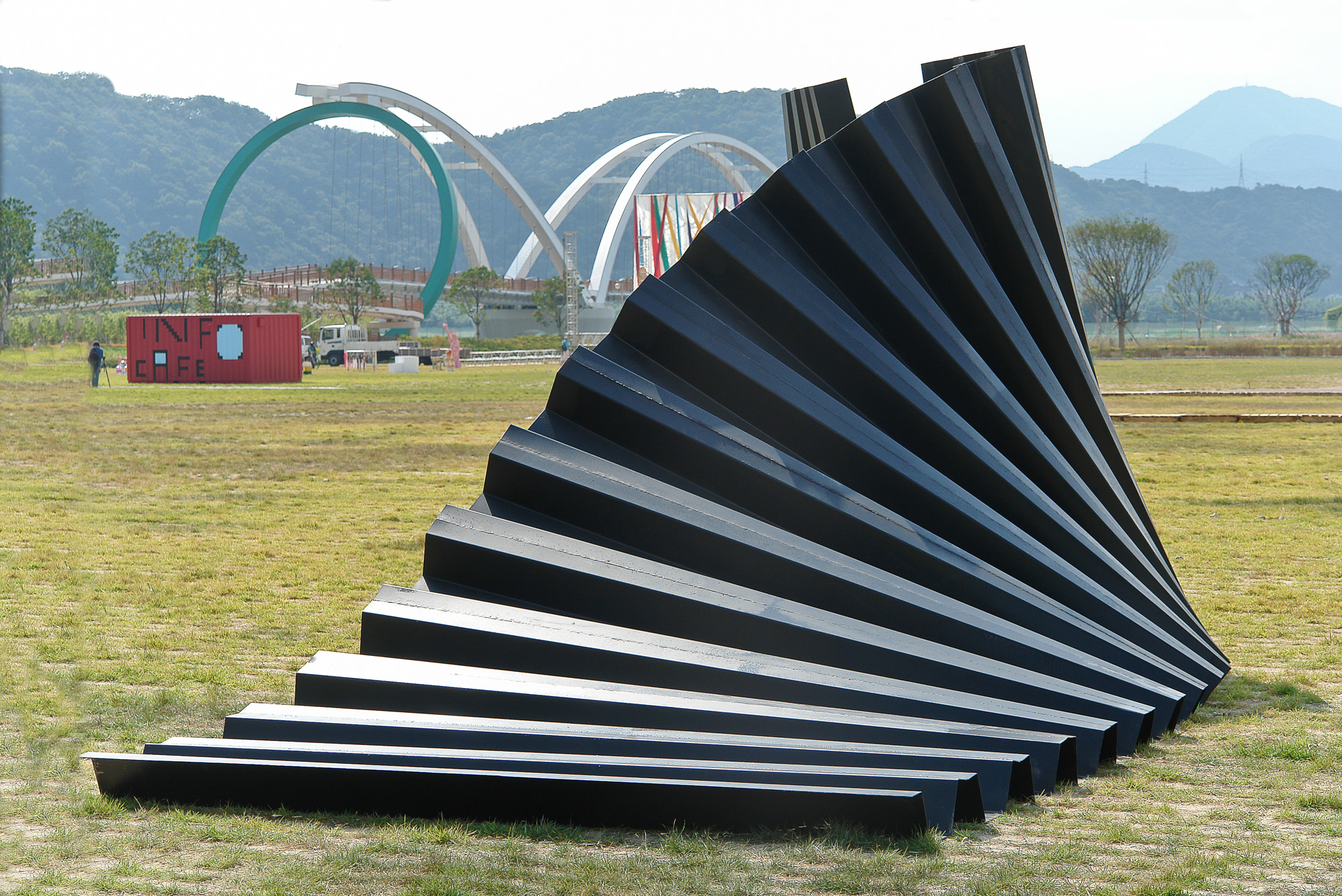 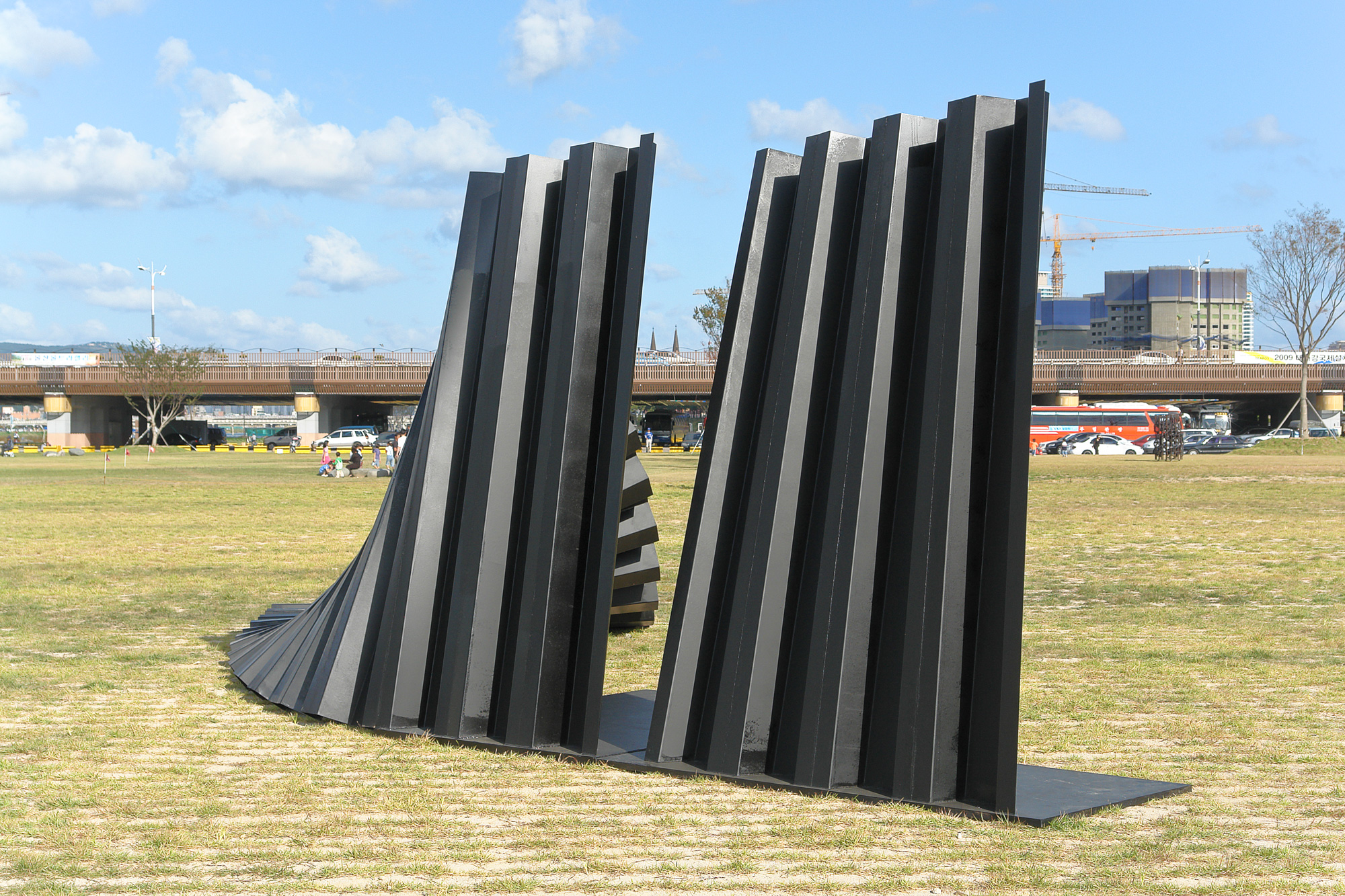 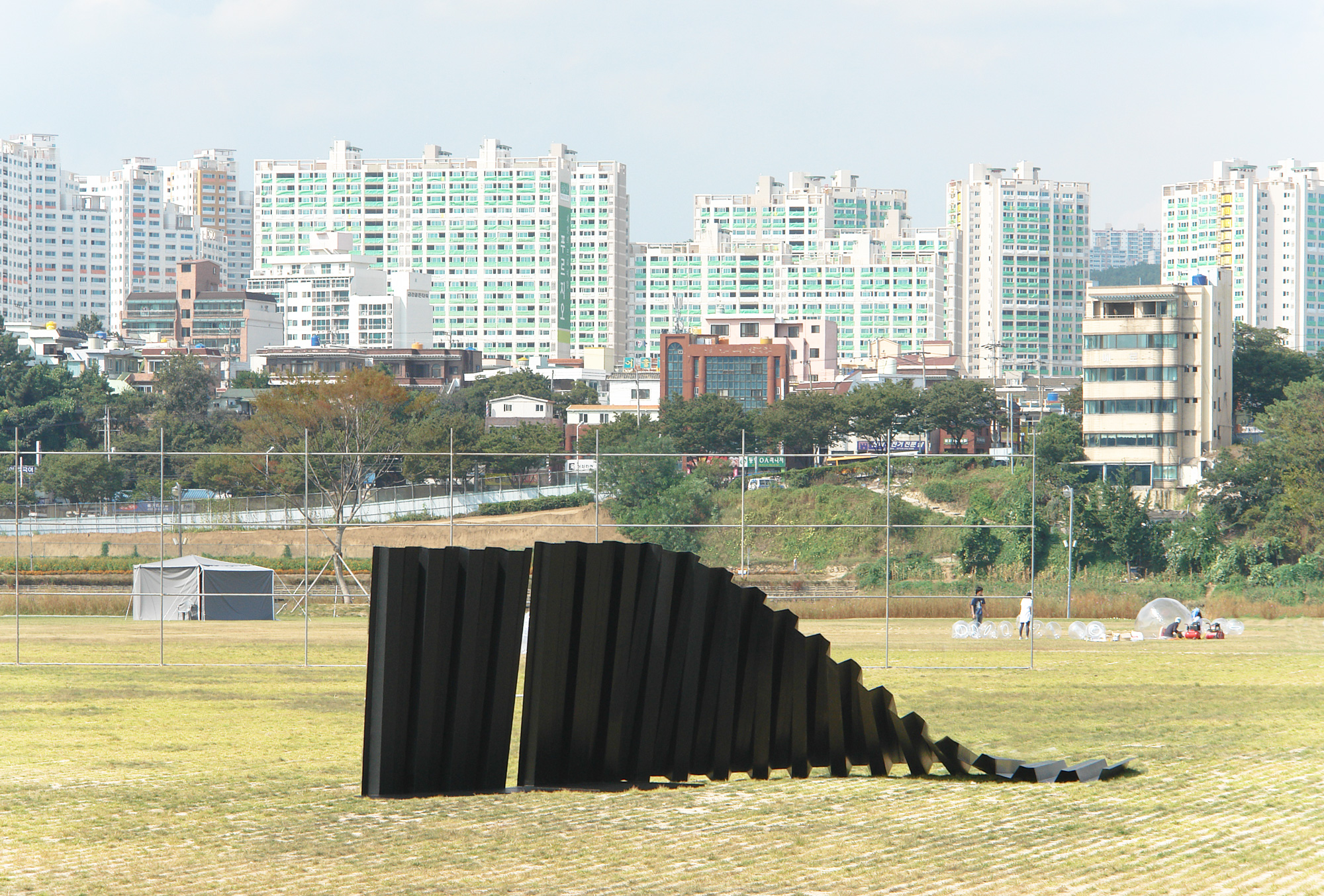 Move was produced in Ulsan City for the Taehwa River Eco Art Festival (Outside Installation Art Exhibition), South Korea in 2009.

2009 was the 20th year of remembering the fall of the wall in Germany in 1989. During my research for preparing a proposal  for a public competition of a memorial to freedom and reunification (Einheits- und Freiheitsdenkmal) in Berlin, i found several images of a deconstruction zone at the boarder between Gaza Strip and Egypt from 2008. I was very impressed by the change of the steel wall from vertical to the horizontal position: The form remains the same – but the difference of ninety degree is in case of a monster wall a real value. The twist of a wall as a sculpture came into mind, when I thought about the fall of the wall in Germany. So I drafted a twisted wall out of concrete for the competition of a memorial to freedom and reunification in Berlin (see B-Wall 2009/10). When I was asked by the curators of the festival in South Korea to propose a work, it could make sense to send a modified concept („K-wall“; Move, 2009), because Korea is still a divided country. The main idea of the work was to reconstruct a real thing (a wall) as an art object and to shift it into different contexts – but  with similar issues. Every wall is a fact. It is what it is – pure demonstartion of power.  A rising wall is much more complex.

see/read the original proposal/visualisation of Move

Original images (found footage) from the destroyed Gaza Wall in 2008 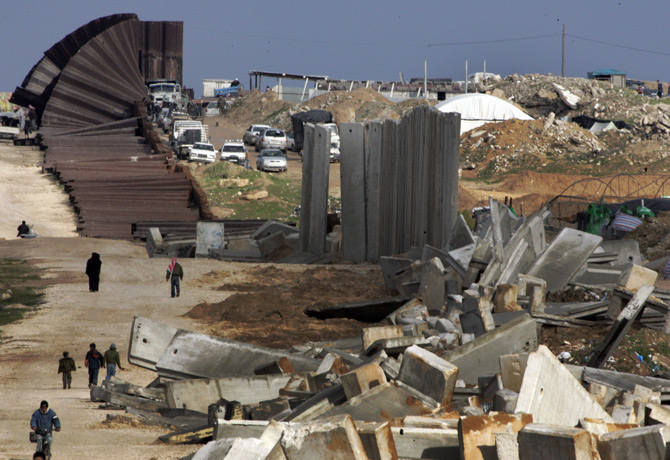 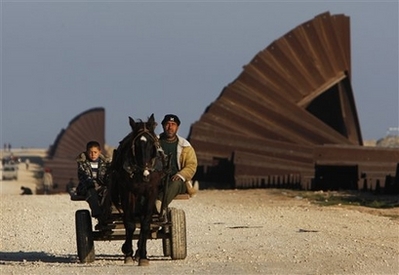 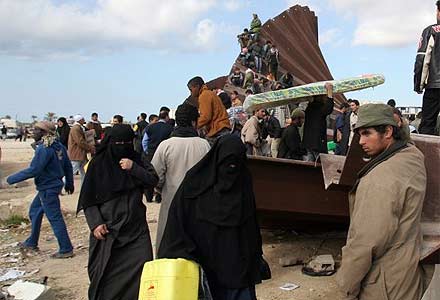 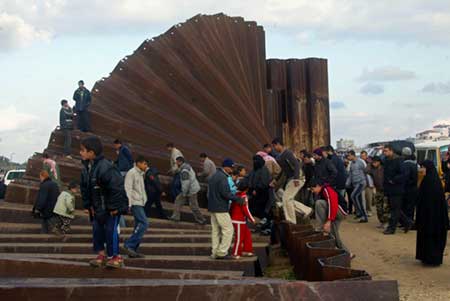 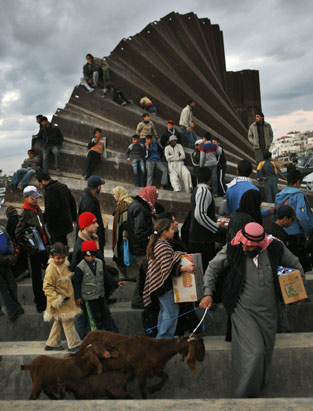 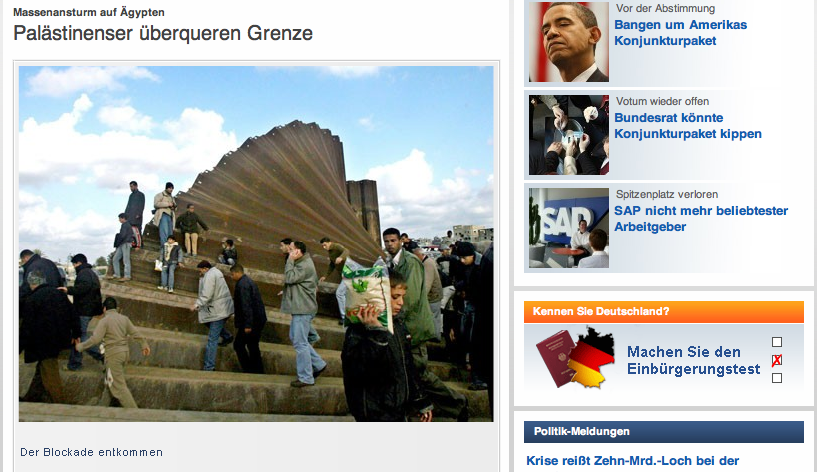 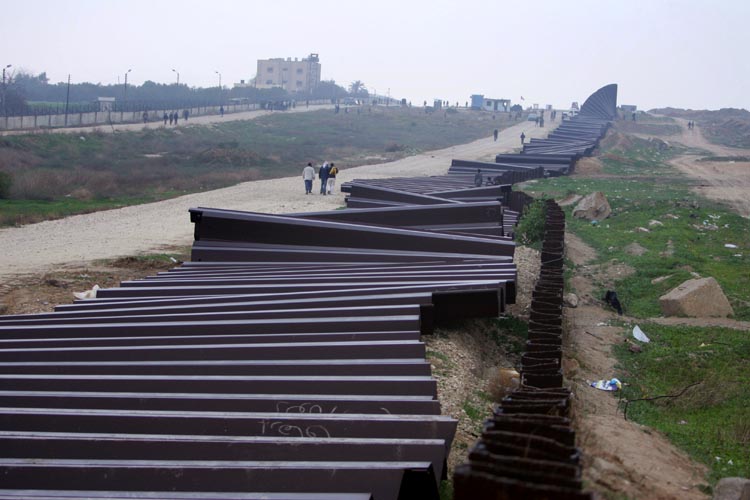