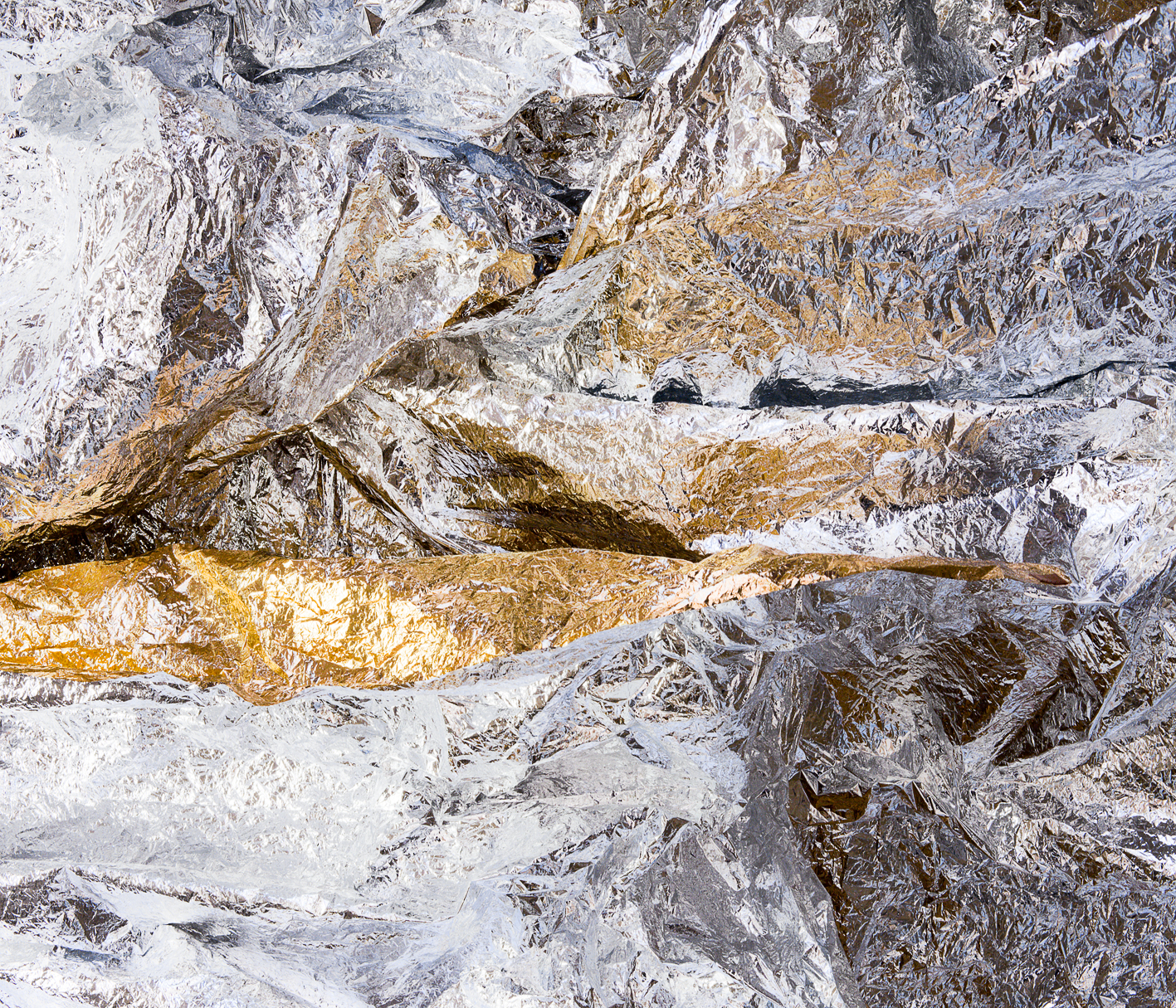 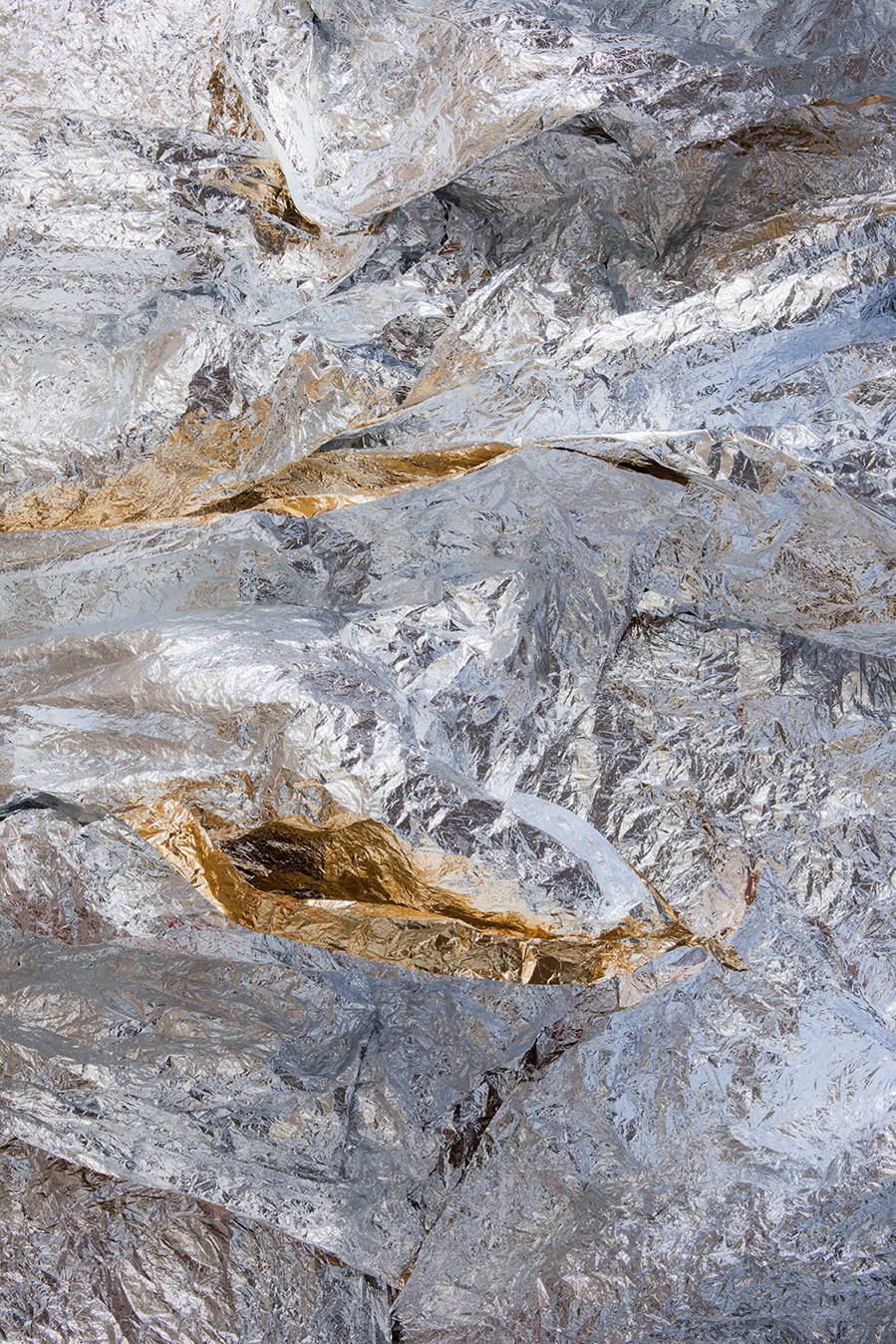 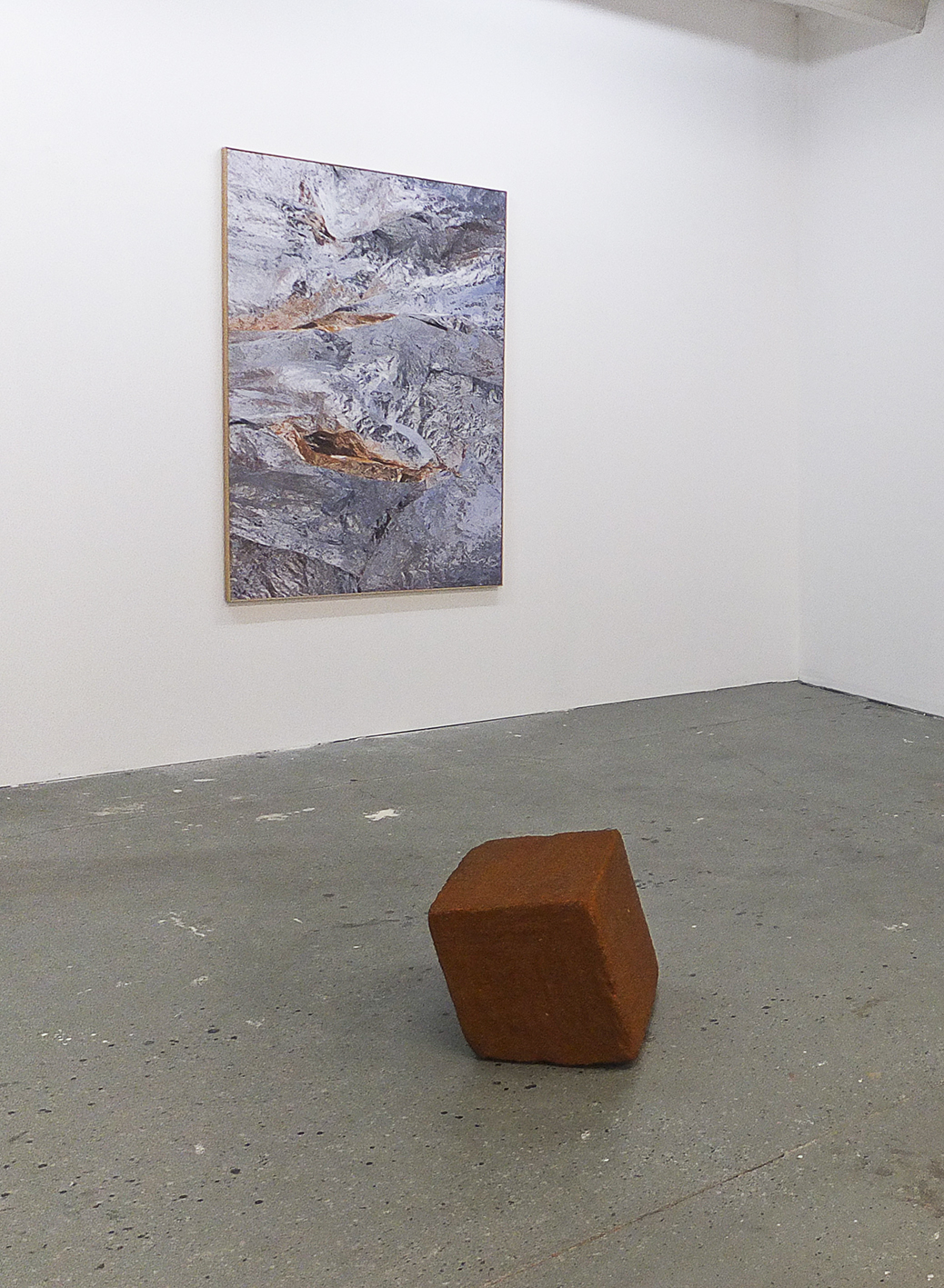 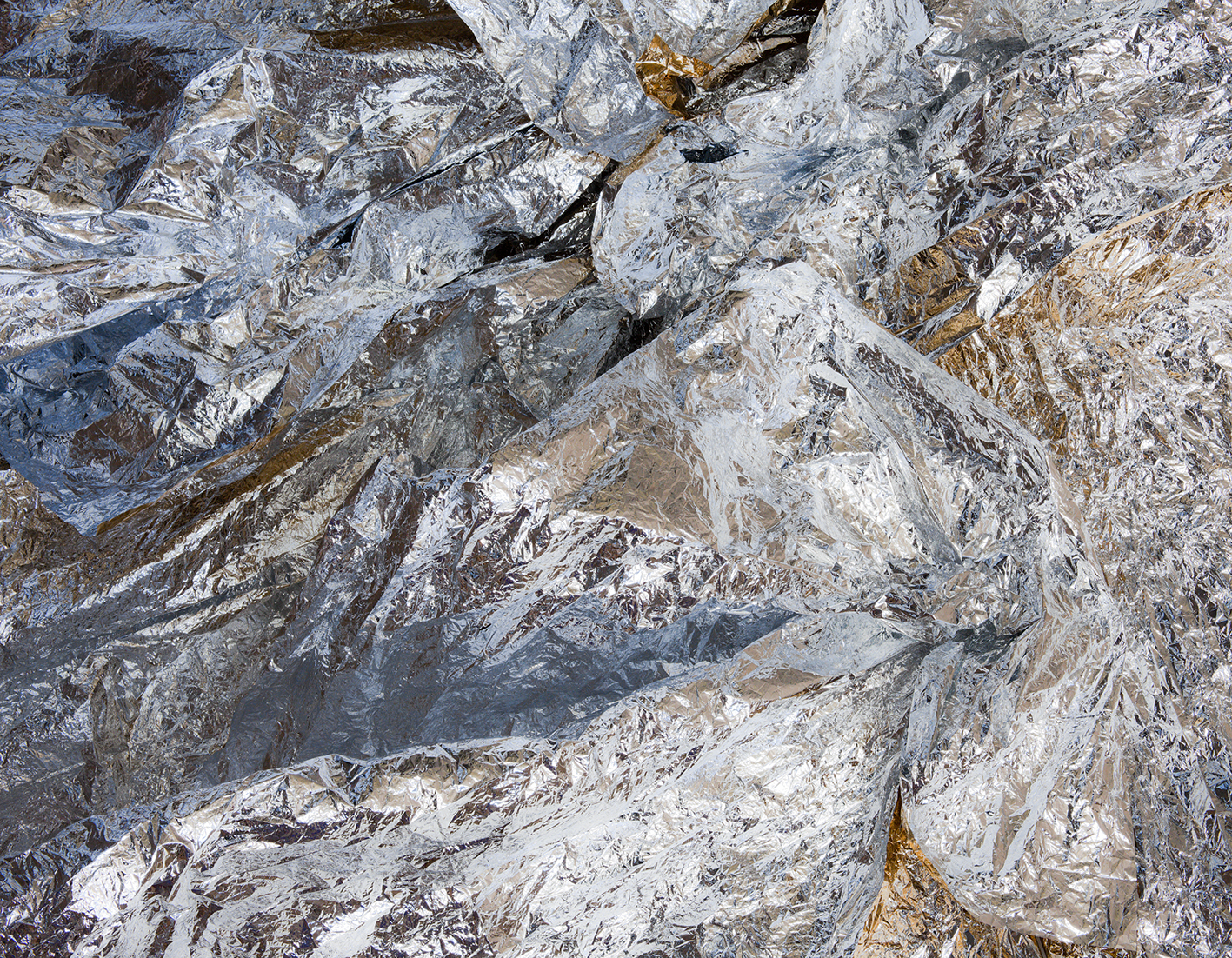 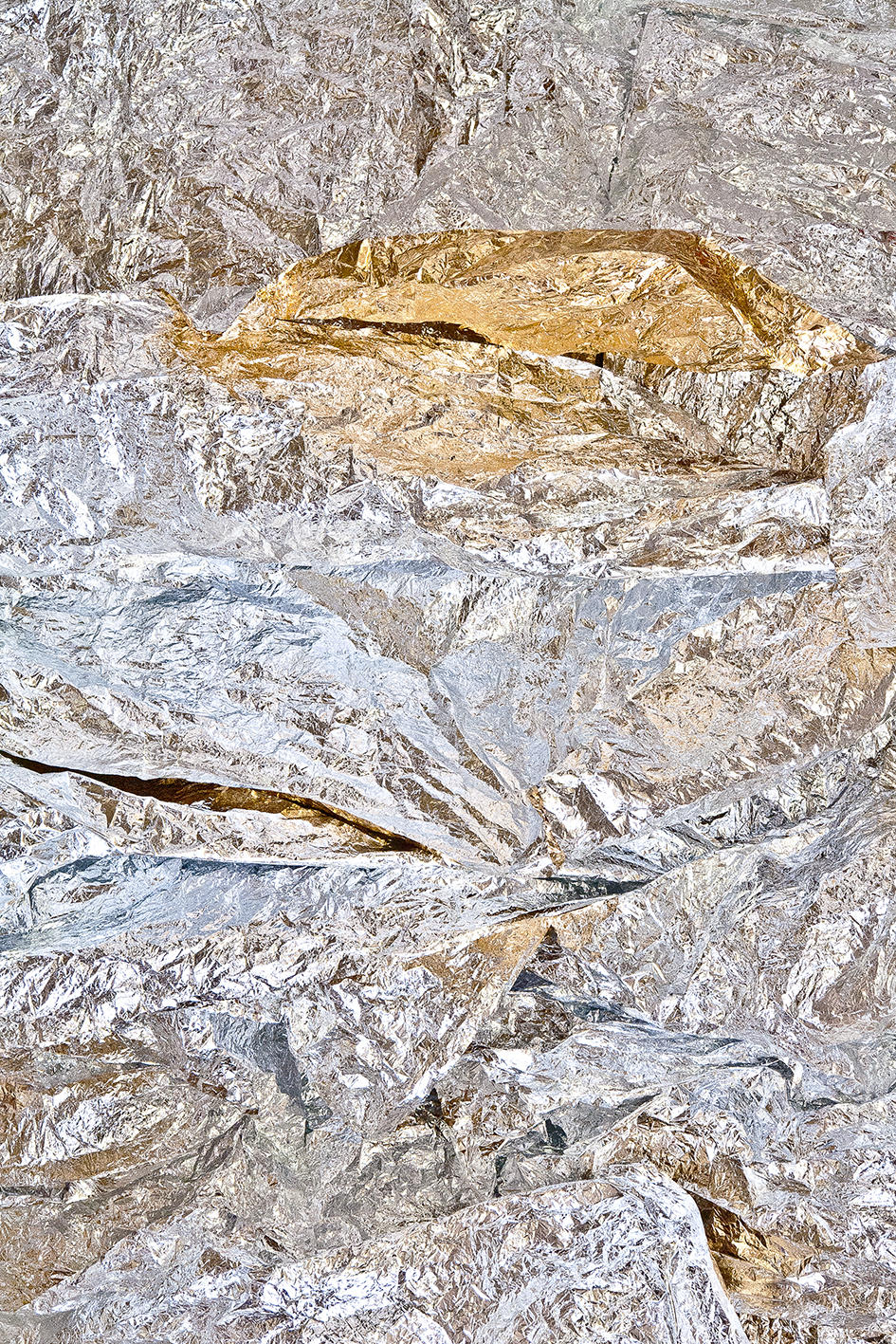 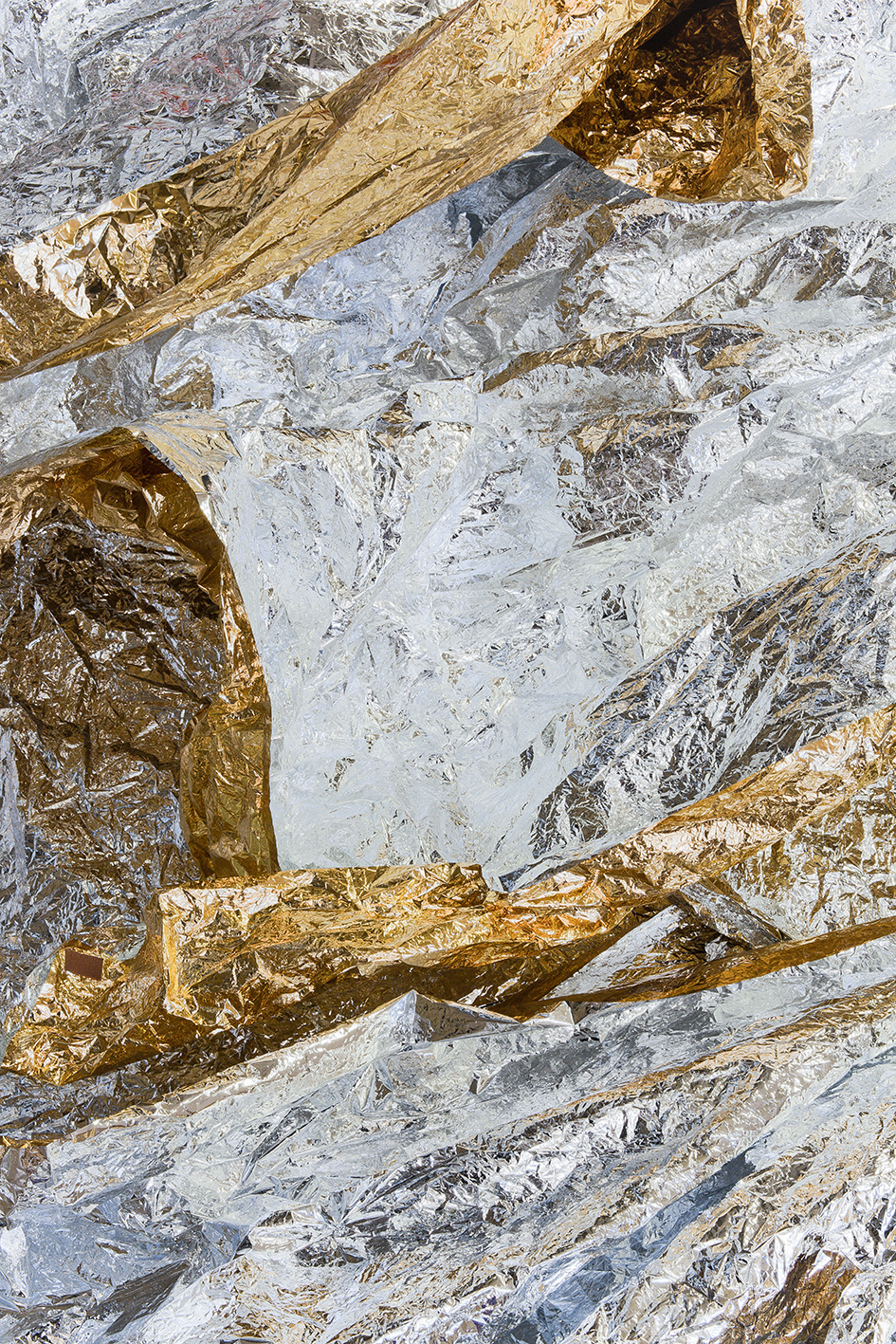 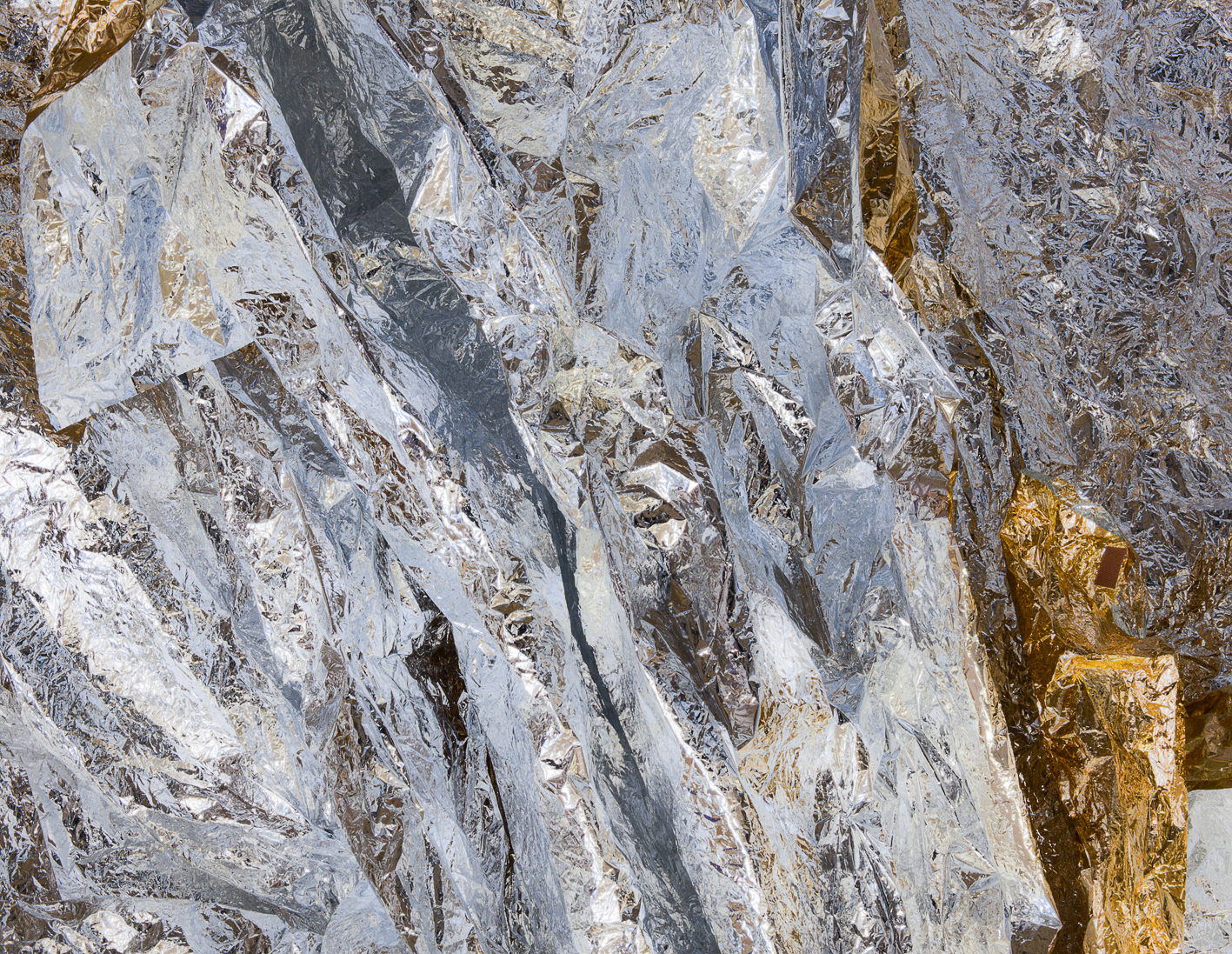 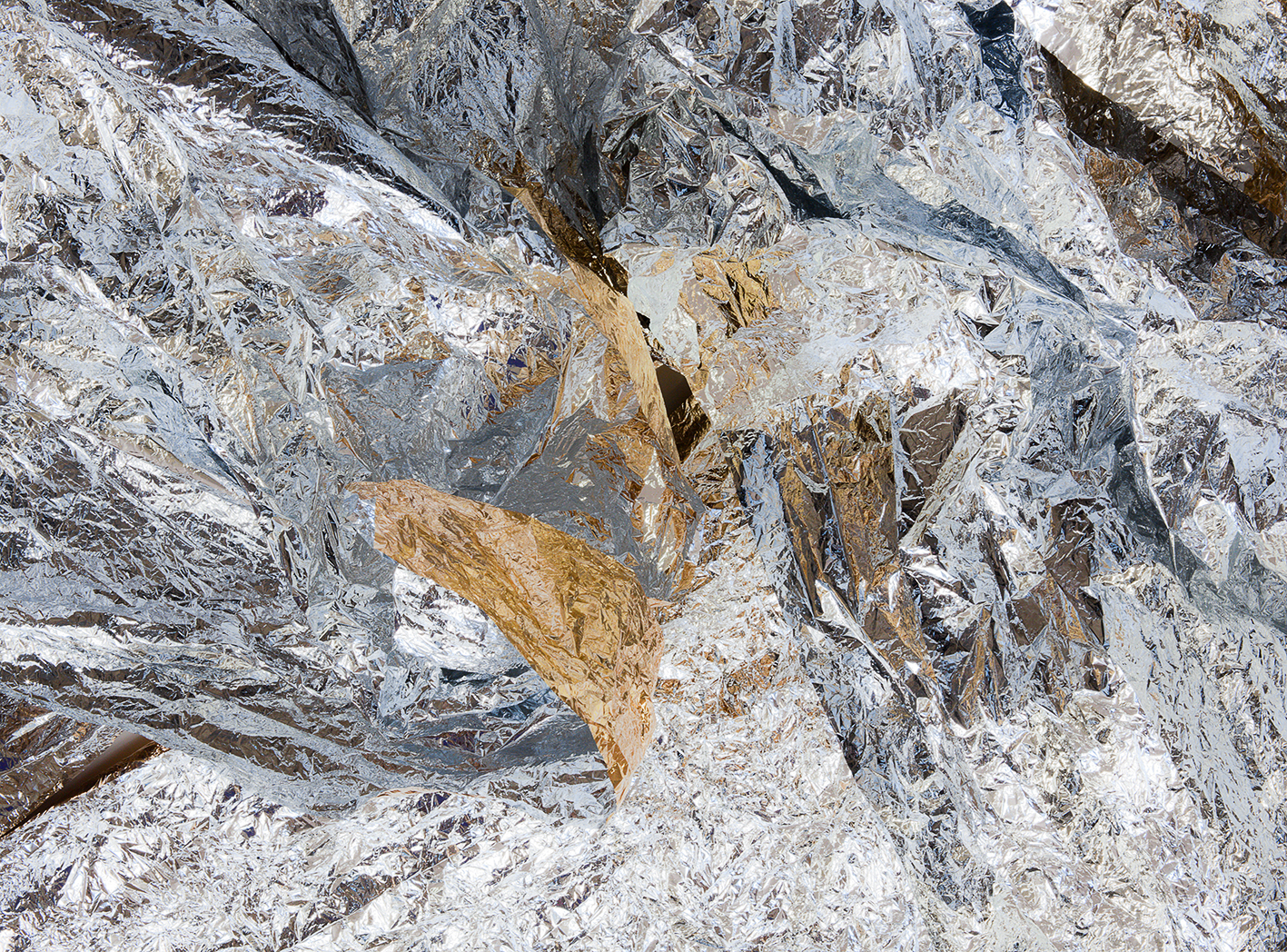 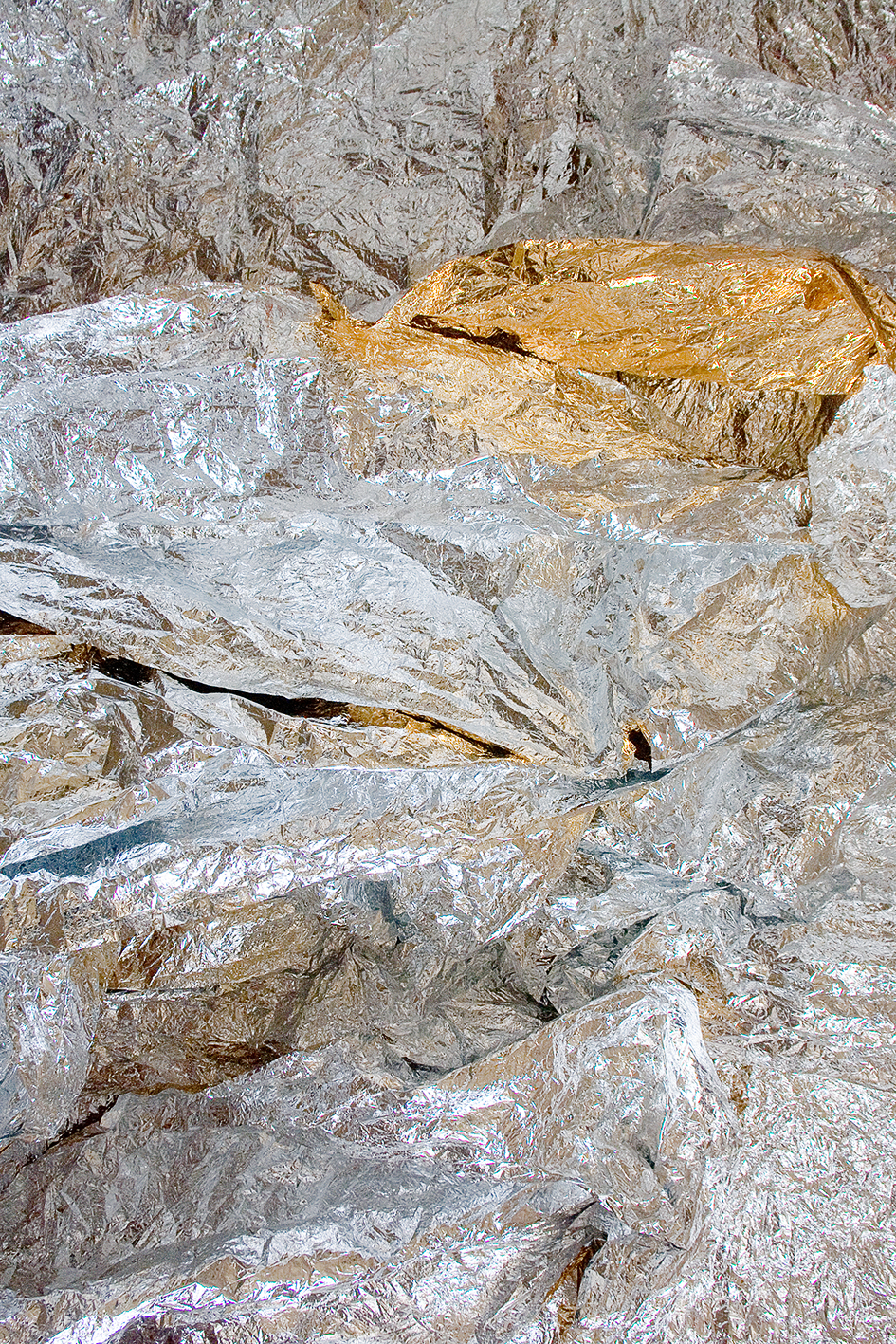 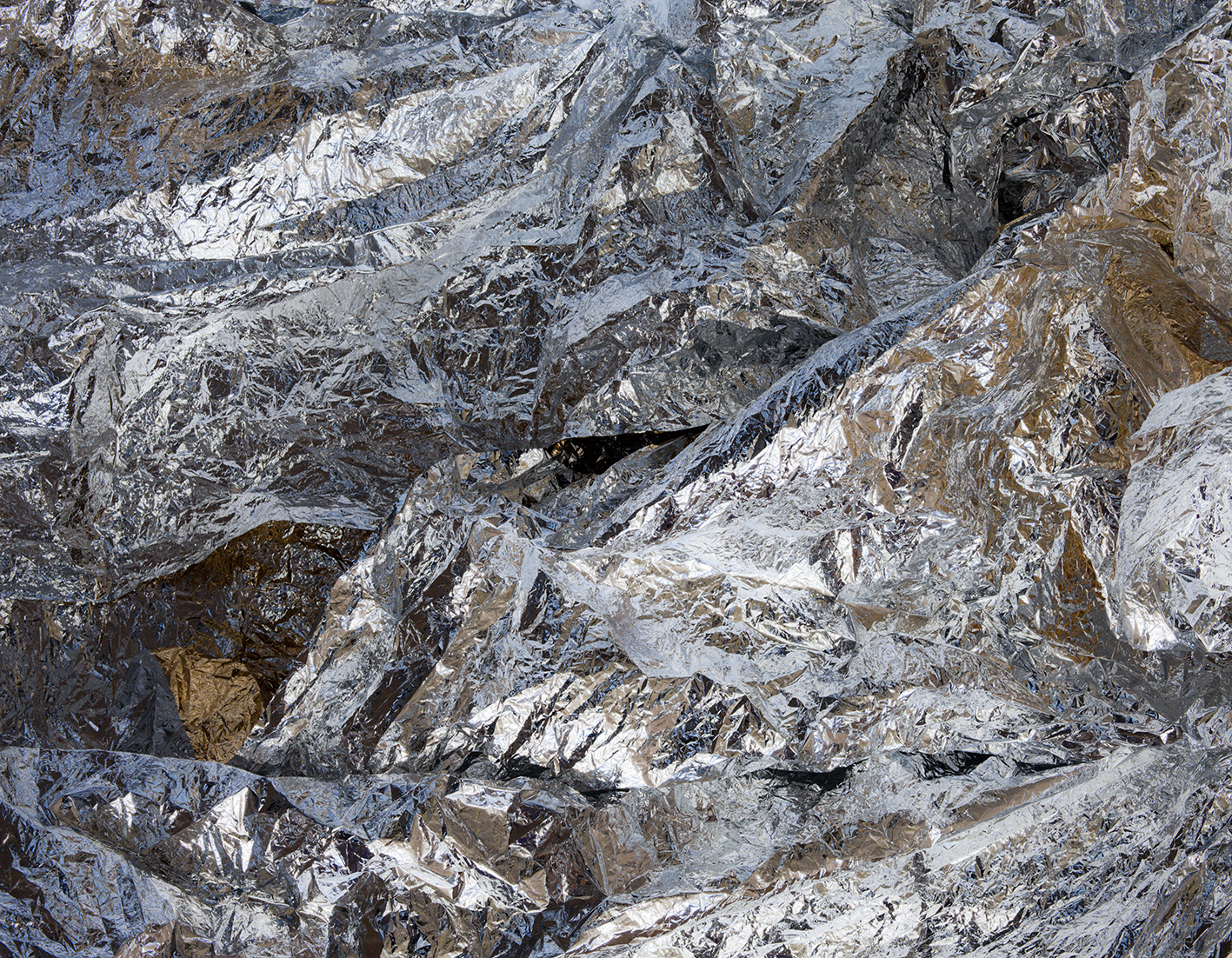 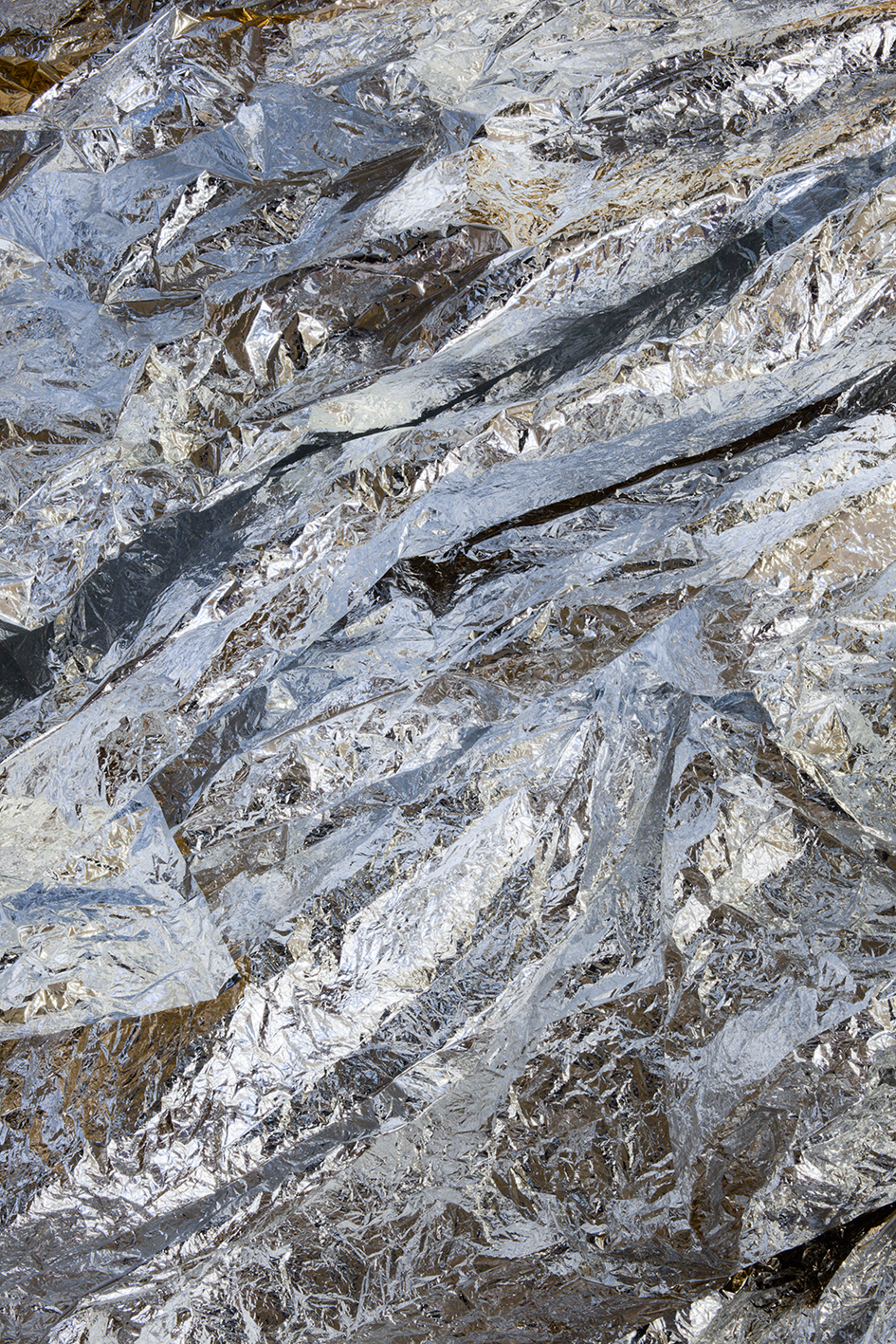 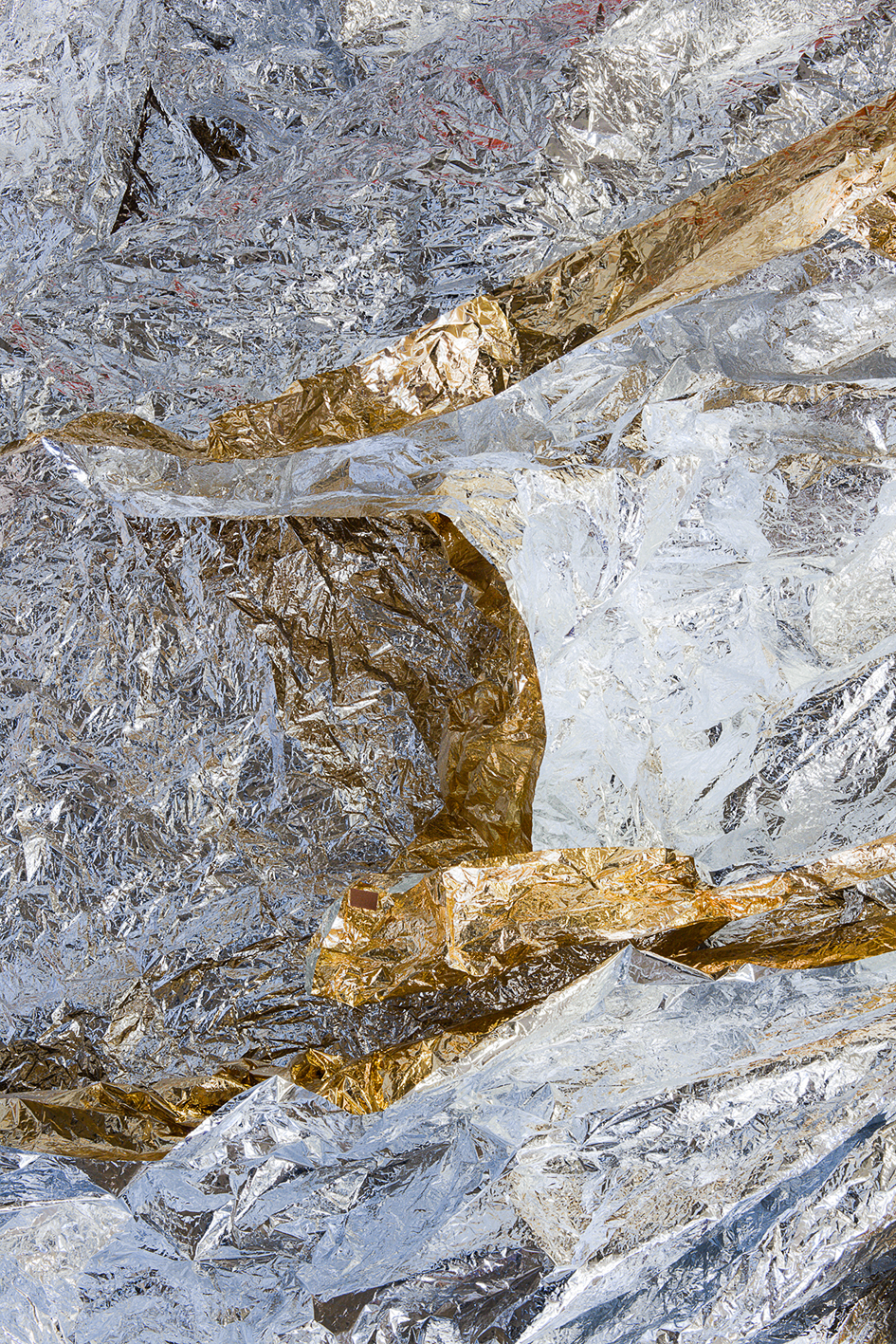 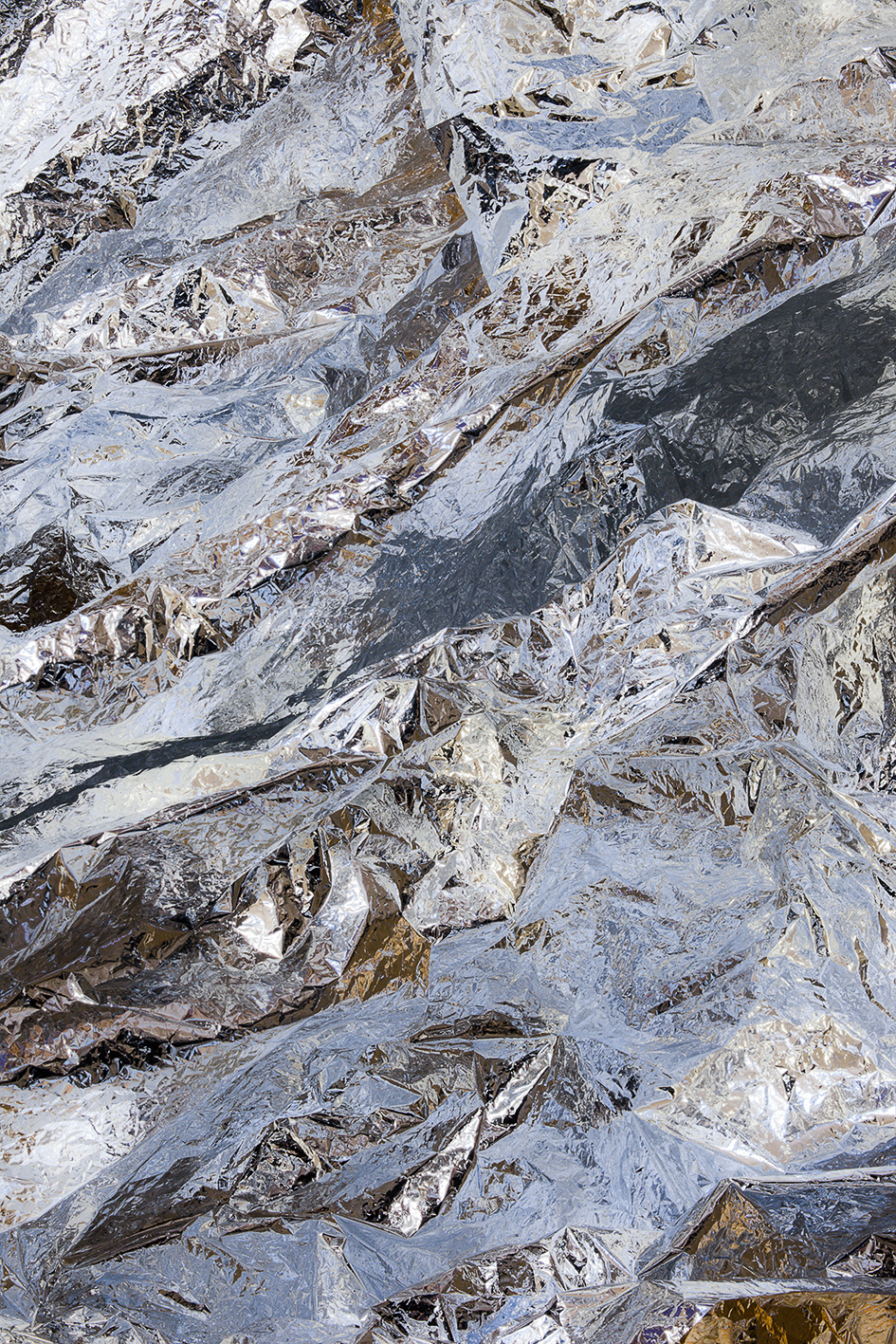 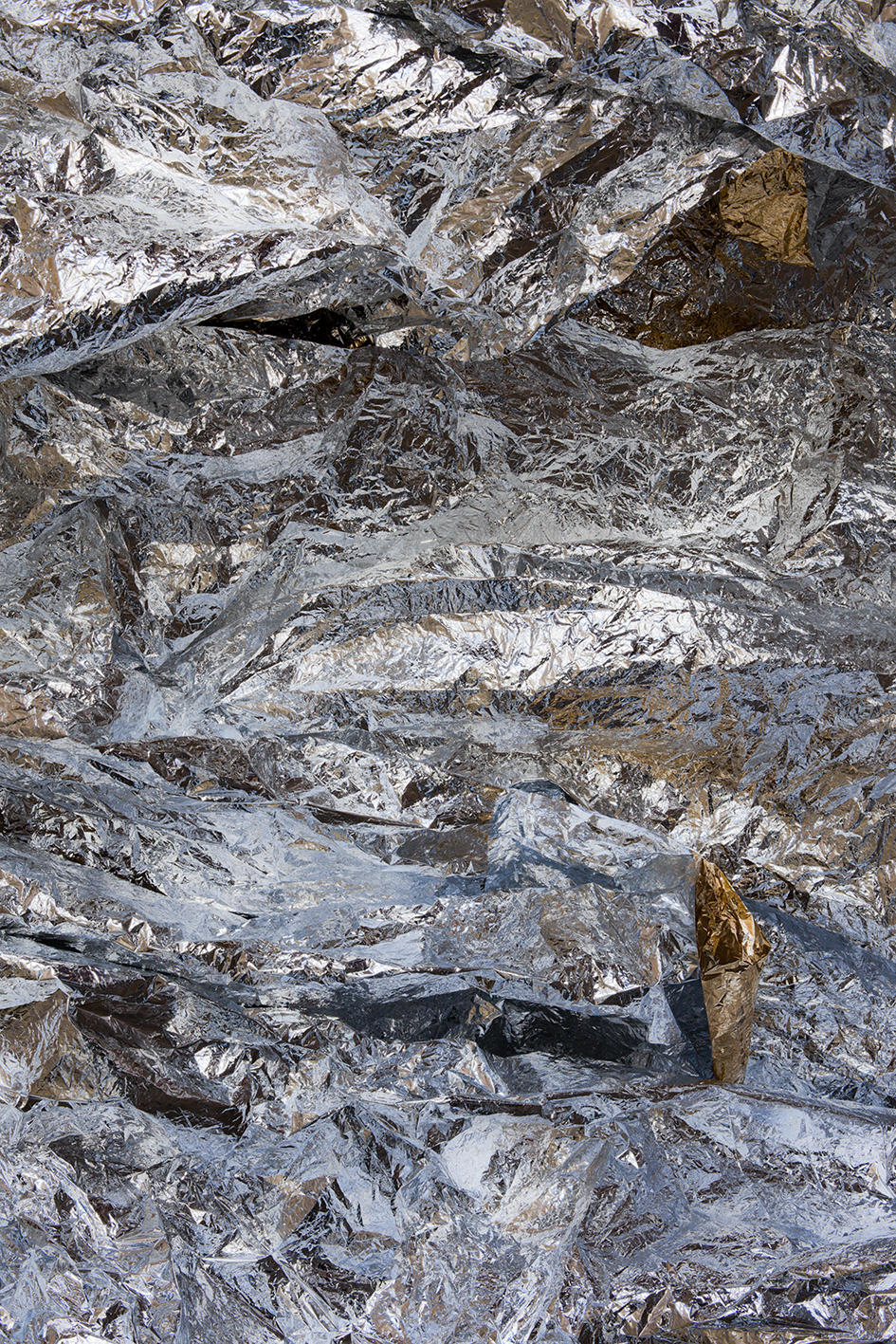 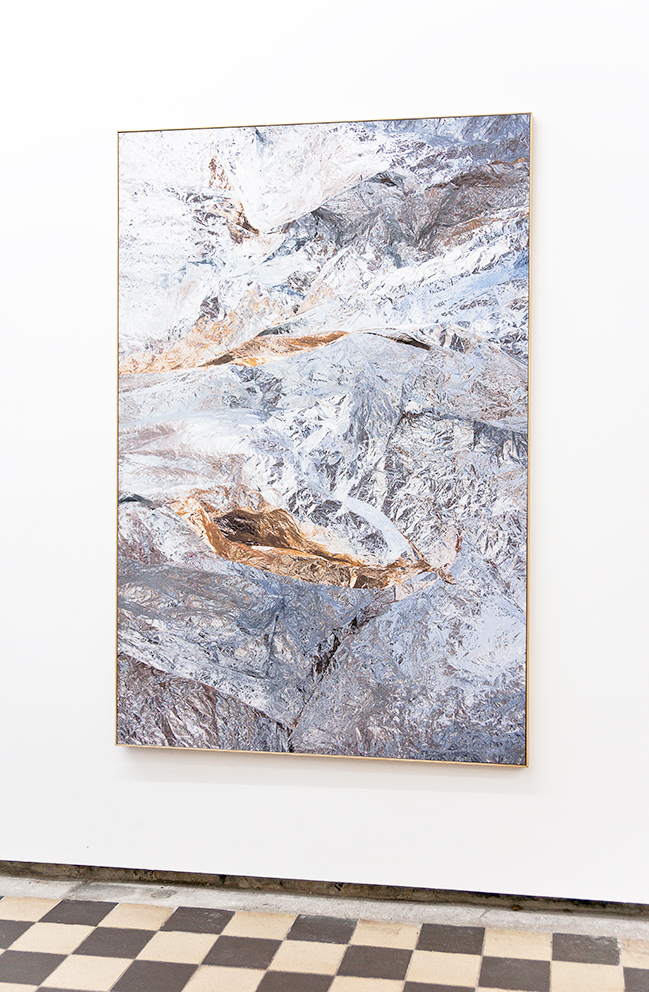 Blanket I: Installation view at "V" (with Heidi Specker); After the Butcher Berlin, 2014

Blanket is a series of about twenty digital images, which i produced in 2011 and 2013. Three of them were printed as Fine Art Prints. The works refer to the series Spiegelimaginationen from 1985/1986, which I see as one of my first artworks.

Both series have in common, that they are based on studio installations: I covered walls of my living apartment and later of my studios with reflecting foils – in 1985 I started with pure mirror foils and in 2010 i repeated this idea by using so called rescue blankets or space blankets. All interiors of the rooms, the light situation, but also the cam and the photographer himself are constitutional parts of the reflecting foils. I see these results as landscapes of my personal, intimate environment, which is reconstructed through the wall installation and its current conditions.